In the summer of 2016, the world was forever changed with the release of Pokemon Go. The mobile game took everyone by storm, becoming the most popular and profitable mobile app of all time. Although the initial hype has died down, as of May 2018 it still boasted nearly 150 million active users.

What Is Augmented Reality, Exactly?

We should start by establishing the difference between AR and virtual reality, as there seems to be a great deal of confusion on the matter. VR is about creating a digital realm that’s more or less entirely disconnected from the physical world and immersing users in it. AR, on the other hand, involves augmenting the real world with digital imagery

This can take many forms:

What Does AR Have To Do With User-Generated Content?

It sounds like something out of science fiction, doesn’t it? Yet it’s very real. And it has some very real applications in UGC. Snapchat is perhaps the best example of this in practice.

Snapchat combines facial recognition technology with augmented reality to allow users to change their facial features and surroundings. The app also provides location-based features, AR-based games, and the ability to generate a cartoon avatar based on a user’s features. Snapchat provides a rotating selection of filters and an extensive library of user-created filters.

Finally,  Snapchat last year released the pilot of something called Shoppable AR. It’s pretty much what it sounds like. It allows businesses to create branded filters that promote their products and websites.

Snapchat represents only the tip of the iceberg here, as well.  AR is already becoming an essential part of social media, as noted by Forbes small business contributor Lilach Bullock. It has the potential to augment live events, create engaging virtual stores, and generate interactive AR videos.

There are a lot of possibilities, such as:

These are ways AR is already being used in the context of UFC-based marketing, and as you may have noticed, they share some common themes.

They’re all about adding a new layer of interactivity to user-generated content while still retaining the core of what makes UGC a valuable marketing and branding tool.  About helping the people who create content for your brand have even more fun doing so. About creating more interesting, dynamic content with your audience to ultimately help generate better engagement than ever before.

The ways in which AR and UGC intersect are subtler than you might expect. AR isn’t an industry-shattering disruption. But it’s nevertheless a powerful tool if you can leverage it effectively. As it becomes more widespread, you will need to do just that.

This article was originally published by our friends at Pixlee. 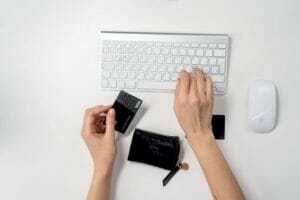 Thinking Beyond Blogs: 3 Additional Formats To Use In Your Content Marketing Strategy 5 Tips To Get More Free PR For Your Business

Omnichannel vs. Multichannel: How To Know The Difference
Track, Segment, Target: An Introduction To Customer Journey Mapping
Comment

Thinking Beyond Blogs: 3 Additional Formats To Use In Your Content Marketing Strategy

5 Tips To Get More Free PR For Your Business