He was implying optimizing for orders received or total sales on Cyber Monday when in-fact the business should be measuring profitability.

This optimization happens all the time and it’s an easy trap to fall into.

Traffic is one of the big trapping metrics.

You and most other Shopify store owners would agree that they’d all want more traffic. That’s why you buy ads right?

What you’re really wanting is profit (probably, see below).

For a thought experiment, if I had magic powers and could double your traffic with a thought would you accept it?

What if I had evil magic powers and could half your traffic with a thought. Would you accept it?

Saying Yes or No to either is the wrong answer.

The correct answer would be “well, which traffic?”

If it’s people who bought, you’d love for it to double and hate if it was halved.

But if it’s the non-buyers it shouldn’t matter at all.

You could even lose 90-95% of your traffic and your store would still be as profitable, as long as that’s you don’t lose the buying traffic. (In most businesses that pay for their server costs, losing that traffic would make them more profitable as there are less people using their resources without buying)

Now what if I was charging you for my double your traffic magic powers. Would you pay without knowing which traffic gets doubled?

Well if you run ads, that’s exactly whats going on. You’re paying advertising companies to send you traffic that might or might not include buyers.

If you’re lucky and have statistics on your side, you might double your traffic and get some buyers in that. But it’s risk.

Optimizing your processes for traffic doesn’t necessarily make your business more profitable. It might. But without using a holistic metric, your optimizations might be chasing the wrong chicken.

And you can substitute most any other metric for traffic in here and the logic works. Email subscribers. Open Rates. Likes. Retweets. Most metrics don’t matter and becoming more efficient at them doesn’t actually do anything to profit.

Let’s talk profit. Profit is probably the best holistic metric for most Shopify stores to optimize. Some might use a related metric that’s linked to profit like number of jobs created (which are paid for from profit) but for most stores, profit is what keeps the lights on. Without profit, any larger mission or goal you have becomes harder to reach.

Those metrics shouldn’t replace profit, but should be optimized along with profit. 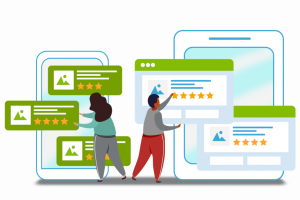