Times’ve changed. This year’s Black Friday isn’t last year’s. Here’s what you can do to make the most of it.

Based purely on the hype, Black Friday may appear to grow bigger every year, but in reality, that’s not necessarily the case. In 2018, sales fell about 9% from 2017. Purchases shifted online, even for low-income consumers, while visits to retail stores fell 5-9% from the previous year. Retailers must constantly adjust their plan for the big day, determining the best course of action. It’s worth taking the long view to make that determination. With that in mind, we came up with a list of 10 things smart retailers can do to make the most of Black Friday.

1. Start in July: Dozens of retailers this year including Macy’s, JC Penney, Best Buy and about 250 others launched Black Friday deals in July. No wonder 84% of retailers say driving sales during Prime Week is the key directive for back-to-school sales. Amazon’s mid-July promotion was so successful that nearly half the 1,000 consumers surveyed reported that the summer deals were better than Black Friday’s. The day, of course, is a huge deal for Amazon Prime’s 100 million members, but it has become a focal point for the summer shopping season.

3. Expect unusual competition: Last year, Black Friday wasn’t the only game in town. There was Free Shipping Day, tax-free weekends, and a whole host of other holiday shopping events

6.  Look out for retail mistakes: Last year, traffic overwhelmed J. Crew’s site, and technical glitches lasted most of the day. Lowe’s also experienced problems with its website last year. Learn from their mistakes and form a plan ahead of time.

7. Take a cue from the mavericks: REI earned praise for its #OptOutside effort, which argued that customers should spend the day after Thanksgiving outdoors instead of inside a store. The retailer also closed its own stores, contributing to the momentum of an already developing anti-consumerism movement.

8. Mind the gap: Last year, there were 32 days between Black Friday and Christmas, not counting the holidays. This year, there are 26. Hanukkah is also starting late, falling out on December 22. This is another reason for earlier sales period kickoffs this year.

9. Consider focusing online: You may feel like you’re wasting your time focusing on traditional retail this season, and with so many consumers opting for Cyber Monday in 2018, this isn’t a baseless argument. Instead of putting all your ornaments into one basket, put some of your focus online instead.

20. Promote deals early in the month. Shoppers know that Black Friday has evolved into an entire month of deals. Start promoting them in early November and update your prices as we near Thanksgiving. 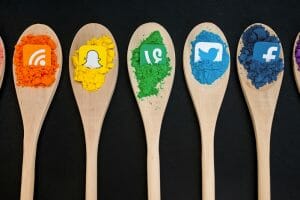 7 Steps to Visually Brand Your Business on Social Media

I'm also on
Latest posts by Steve Hutt (see all)
Ecommerce Converstion Rate: 9 Actionable Tips To Improve Shopify CRO
Get Your Lapsed Customers Back in Time for Black Friday
Comment