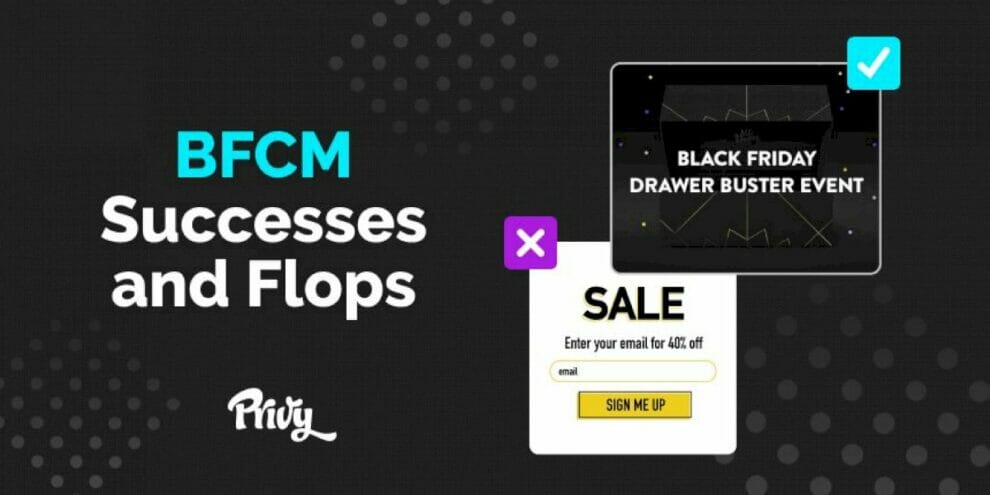 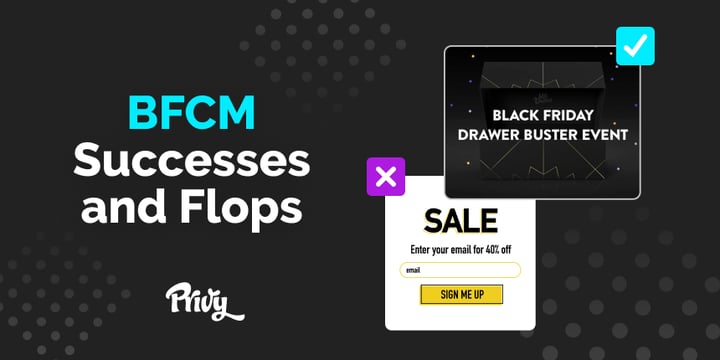 Black Friday Cyber Monday 2021 is poised to be even bigger than last year’s record-shattering turnout.

Which means there’s never been a better opportunity to boost sales and win over new customers. But you can’t afford to leave your Black Friday and Cyber Monday marketing up to chance. So you need to know exactly what works (and what doesn’t).

One of the best ways to do this? Studying real-life examples from successful brands.

And we did some of the work for you. With examples from 3 real-life brands, you’ll get a behind-the-scenes peek at what’s worked and what hasn’t. So you’ll get inspiration for your own campaigns and boost sales this BFCM season.

DUDE Products is a Chicago-based brand that makes flushable wipes, bidets, and men’s personal care products. DUDE Products’ flagship product, DUDE Wipes, became popular during the COVID-19 pandemic when toilet paper was nowhere to be found in stores across America, and the company rode that wave of momentum into Black Friday – or rather “Brown” Friday. You get the reference…

DUDE Products’ BFCM was super simple: take 30% off sitewide. But it was the name of the sale that helped them stand out from the crowd – and it worked.

During their Brown Friday BFCM campaign, sales at DUDE Products were up 438% from the previous time period. Their conversion rate also surged 230% during the sale.

When it came to promoting their Brown Friday sale, DUDE Products’ marketing team attacked on all fronts with email newsletters and Instagram, Facebook, and Twitter posts. But rather than posting a basic call to action (CTA) like “Check out our Brown Friday sale!” they leveraged a popular meme to tap into the online conversation:

We asked Sean Riley, Chief Executive Dude at DUDE Products, what advice he has for small or growing ecommerce brands this BFCM season:

“Use BFCM as an opportunity to say something only your brand can say,” said Riley. “Everyone will be discounting their products, so the angle you take and messaging you use in your campaign can be the thing that makes your brand stand out in a sea of sales.”

MeUndies is an ecommerce apparel company best known for its underwear and loungewear subscription service. Their witty branding lends itself to unique campaign ideas, and one of their biggest successes was their 2-hour Facebook Live party. 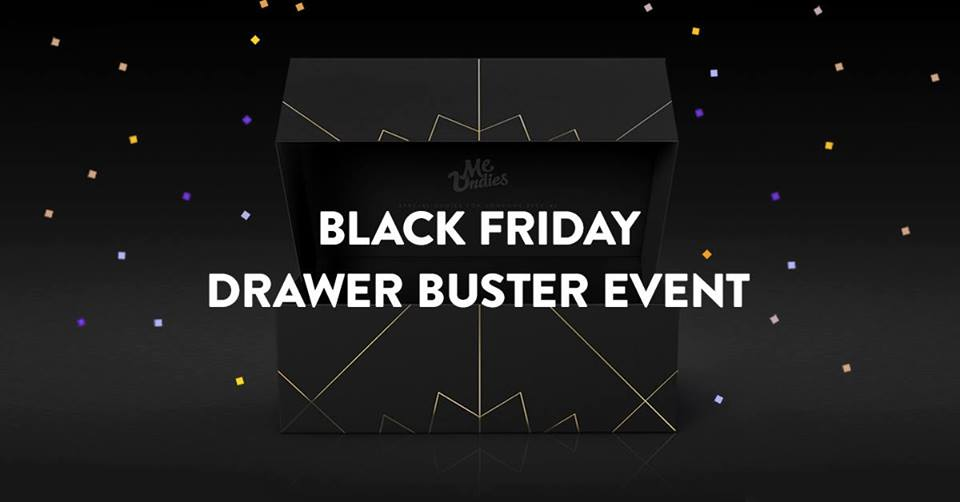 MeUndies invited all of their Facebook followers to the event, and some of those followers went on to share the invitation with friends. All told, the invitations reached 660,000 people.

MeUndies also launched a Facebook event ad that targeted their email subscribers who hadn’t made a purchase in the last year, and that reached an additional 70,000 people.

The 2-hour party, which featured a DJ and dance contests, attracted more than 13,000 people. And they weren’t just there for the entertainment. Attendees were buying, too.

MeUndies unlocked progressively bigger discounts throughout the night, and users converted at 25%, which was 13x better than their average conversion rate on Facebook.

Live events are somewhat risky compared to static email or social campaigns, but MeUndies was willing to sacrifice a polished product to differentiate themselves.

“Facebook Live is a scary product for brands, because it’s not something where you can plan out every detail and have it go perfectly,” Hailey Pink, MeUndies’ customer acquisition lead, told AdExchanger. “This is live and raw. We are not afraid to show our imperfections. Because we are young and small, [customers] don’t expect us to be perfect.”

Matero is an ecommerce brand specializing in ethically sourced yerba mate: a caffeinated herbal tea that’s popular in South America. Founder, Michael Tieso, grew up drinking yerba mate, and made it his mission to introduce the tradition to people around the world. 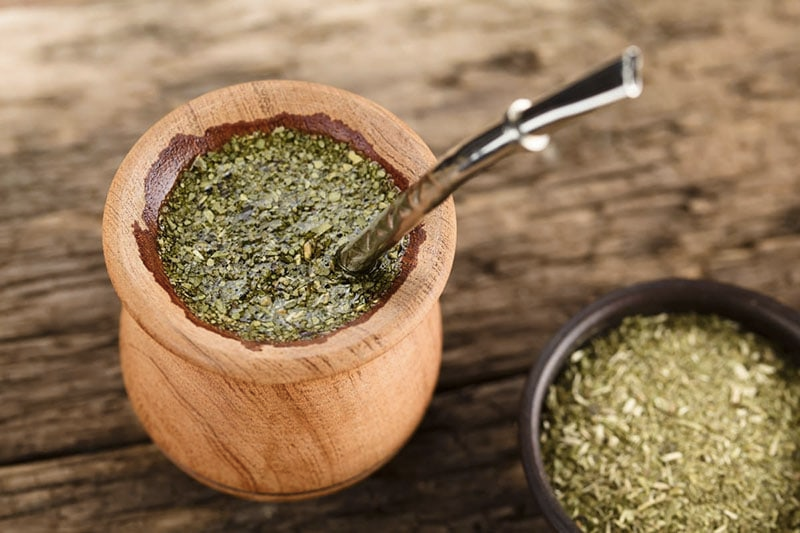 Since Matero is a small brand, discounts aren’t the norm. But, Cyber Week is a unique time of year when their audience can grab products that typically don’t go on sale.

“We’ve done a great job at collecting emails over the years to ensure that when we do send out newsletters during Cyber Week, they reach a large audience. We send at least one email a day during the sale, which includes sales occurring for that specific day and how much time is remaining on the sale.”

But Matero doesn’t send the same email to all of its subscribers. Instead, emails are segmented for specific audiences. For example, if a subscriber purchased yerba mate in the past, they receive a different message than a new subscriber who’s never tried it. Matero also sends multiple messages per day during the sale.

“It’s a bit of extra work compared to sending one general email, but it’s worth it as the messages are more relevant to them and feel more personal.”

Worth it, indeed: Matero’s conversion rate doubled during last year’s Cyber Weekend sale. “Each year has been a vastly different experience as we keep learning and business grows,” says Michael. “Crossing our fingers it’s more than that this year.”

We asked Michael what didn’t work in terms of Cyber Week promotions. His answer was simple: procrastination.

“One year, we waited until the last minute to send out any marketing, and the quality of our posts showed,” he says. “The better prepared we are, the more successful the sale becomes. It can be difficult to schedule newsletters and social campaigns when there are other aspects of the business to run, but it really is important.”

How will your brand stand out in a crowded inbox?

As Sean Riley pointed out, nearly every brand has a promotion planned for Cyber Week. When you’re juggling all sorts of tasks to keep your business up and running, it’s tempting to run the usual “20% off site-wide” sale and call it a day. But as we’ve learned from the brands above, taking it a step further pays off. Especially this time of year when inboxes are busier than ever.

For some ecommerce brands, that means getting hyper-specific with audience segmentation to maximize conversions. For others, it’s as simple as clever copywriting. Whatever the case, think to yourself: Would I click on this?

And if you’re still locking in your Black Friday Cyber Monday plans, check out our holiday calendar that’s packed with everything you need to get through BFCM and beyond. Plus, with Privy’s Growth Plan, it’s never been easier to bring in record sales during BFCM.

3 Ways To Turn An SMS Subscriber Into A Customer 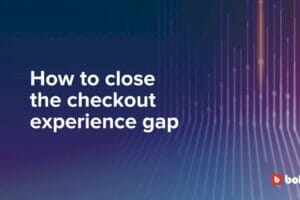 How To Close The Checkout Experience Gap 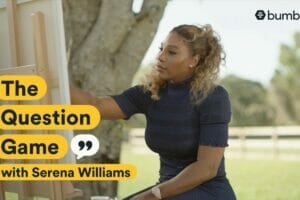