Adults have become a growing market for the world’s favorite toy. Here’s why

Lego, the world’s largest and most profitable toy maker, has been a childhood staple for over 80 years. As sales began to drop in the 1990s, however, the Danish company sought new markets, including adults.

The Washington Post just reported on Lego’s deliberate appeal to stressed out adults, that capitalizes on the current popularity of mindfulness (the same one that makes yoga trendy as described in More Than Fashion: How the Yoga Medium Defines Alo’s Marketing Message).

The Post quotes Genevieve Capa Cruz, Lego’s Audience Marketing Strategist, reporting that adults tell the company that they find playing with the plastic bricks an antidote to the stress they experience at work. “They’re looking for a relaxing, calming experience – and they like instructions because that’s what helps them be in the zone,” she explains.

The article compares it to other repetitive tasks but fails to draw the connection with the coloring books in the adult craze that erupted a few years ago. It’s that same type of playful activity associated with childhood, translated into a somewhat more challenging path for adults, that helps people feel both creative and relaxed.

Both the Lego instructions and the coloring book lines indicate a set “structure and a clear path” said Carrie Barron, Director of the Creativity for Resilience Program at the University of Texas at Austin’s Dell Medical School. She also quoted in the article that it offers the appeal of knowing what you’re aiming for by following set steps.

Marketing by the book

Taking the instructions one step further, Lego tapped, Abbie Headon, wrote the newly released book, Build Yourself Happy: The Joy of Lego Play. Headon observed that the very lack of permanence is a plus, freeing people from the pressure of attaining perfection. There’s always the possibility of taking things apart and building anew.

The book may find its readership among Generation X, whose enthusiasm for Lego stems from its connection to their own childhood. They’re the ones who offer blasts from the past on Lego ideas, some of which are now being realized as sets based on what people remember from the 60s through the 80s.

As you can see, the top comment on this video for Star Wars Lego sets is “You just made my entire childhood come back.”

It’s a winning combination for appealing to adults who are now approaching a certain age: Offer an escape from stress that combines fun, nostalgia, and mindfulness. It all comes together with a satisfying click. 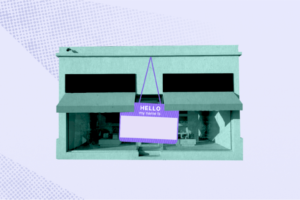 9 “About Us” Page Examples That Drive Conversions 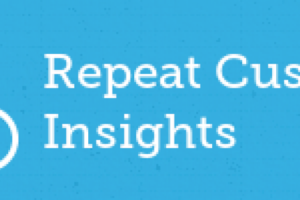 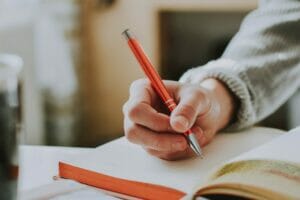 The Significance Of Transcription Software For The Shopify Ecommerce Industry

I'm also on
Latest posts by Steve Hutt (see all)
Customize Where Your On-Site Messenger Chat Is Positioned And Displayed
Step Away from Your Customers; You’re Smothering Them
Comment