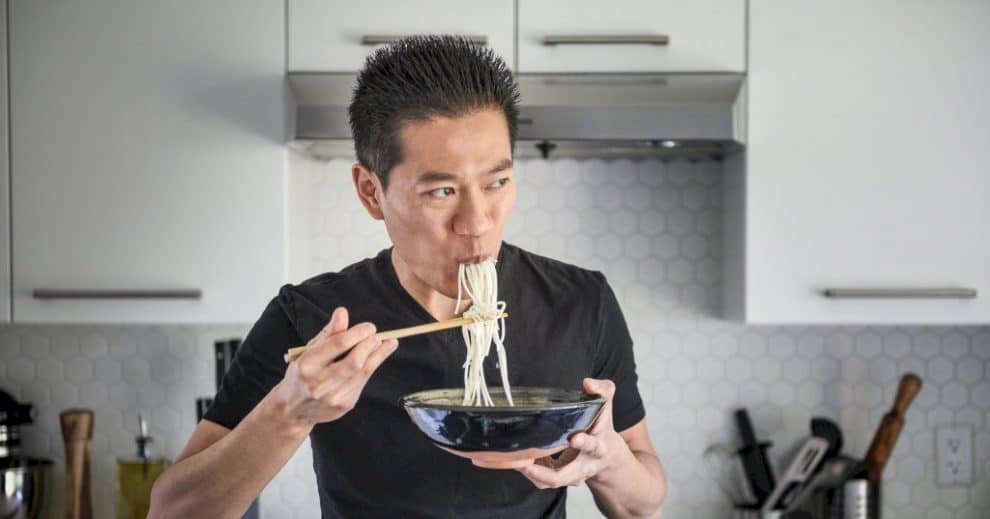 “I don’t perceive myself as a professional chef,” says Wil Yeung. “I’m just some random dude on YouTube who just happens to have a cooking show.”

I beg to differ.

For the frontman of Yeung Man Cooking, a YouTube channel with 300k+ subscribers—which he built almost entirely during the pandemic—Wil is a pretty humble guy. But it’s not just humility that inspired his disclaimer. I’ve seen this before. Serial entrepreneurs often share this type of identity crisis—these polymaths of experience can’t quite settle on a title, lest it doesn’t tell the whole story. And in this case, it doesn’t.

I approached Wil for this story planning to talk about his rise as a vegan YouTube chef. His professional content and mix of revenue sources would surely be inspirational to chef influencers and those looking to monetize their love of food. But Wil’s path had more than one unexpected twist.

This is Wil Yeung, serial entrepreneur.

“You can now make Mapo Tofu with absolute confidence,” Wil says directly to the camera in the familiar way he signs off in all of his tutorial videos. This signature affirmation is just one element of Wil’s production that creates a professional consistency to his content library. You’d swear he was born into this.

“None of my family members are entrepreneurial,” Wil counters. “They’re quite traditional.” How then, did it all start? He takes me back to his university days, where he was studying not food, but music. “I’d be the geeky person on my computer composing music while my roommates would be out partying and drinking.”

I was just sitting in class thinking, ‘Man, this is so cool. I’m actually making sales while I’m in school.’

Wil developed an interest in violin making, even though he wasn’t skilled in the art of woodworking. His research led him to eBay, where he found people selling violins. Cellphone cameras at the time took terrible photos, and the online presentation of the listings was lacking. Wil started buying violins on eBay, shooting better photos, fleshing out the descriptions with his knowledge of the instruments—then reselling them for a profit.

“I was just sitting in class thinking, ‘Man, this is so cool. I’m actually making sales while I’m in school,’” Wil says. “That kind of got addictive.” This first venture spun into a dropshipping business, where Wil cut himself out of the equation, ordering violins from China and getting them shipped directly to customers. “I didn’t call it dropshipping back then because it wasn’t even a term yet,” he says. “I was the OG.”

Cooking up the next idea

After graduation, Wil rebuilt his identity many times, including starting a brick-and-mortar music school. Even then, he wrestled with how to define himself and his work. “When people would ask me what I do,” he says, “I always struggled with, Am I a business owner? Am I a music school director? Am I an entrepreneur?”

Wil then spent several years as a photographer and videographer, transitioning from weddings to commercial work and documentaries. But the YouTube channel and interest in food didn’t materialize out of nowhere. It began with a food product Wil launched at the height of the juicing craze in Toronto: coconut milk.

I literally cracked coconuts every day. I did everything—basically five people’s jobs.

Wil saw the opportunity in juice and plant milks, just as he did with violins. “People would pay $10 for a 500 millilitre carrot juice back then,” he says. He launched a coconut milk product, followed by almond and cashew milk, which he eventually sold through 34 retailers. The work was stressful, demanding long hours. “I literally cracked coconuts every day,” he says.“I did everything—basically five people’s jobs.”

The food business caused Wil to experience health issues and anxiety brought on by the stress. While he eventually folded it, the business did introduce him, inadvertently, to his true calling (well, one of them). As a marketing opportunity for the coconut milk, he produced YouTube recipe content to help customers use the product.

At the time, I was making maybe 200 bucks a month from the YouTube channel. It didn’t even pay for the ingredients that I had to purchase.

Ahead of the pandemic, Wil was still working in photography and film, with a part-time restaurant serving gig on the side. The only holdover from his past business was the YouTube channel, which he continues to maintain now as a weekly cooking show. “At the time, I was making maybe 200 bucks a month from the YouTube channel,” he says. “It didn’t even pay for the ingredients that I had to purchase.”

Then COVID decimated his other income streams. The restaurant laid off staff, and the photography work, which relied on travel, dried up. Wil had nothing to lose. He upped his production to two episodes per week and diverted all of his energy into the channel.”I felt that I had no excuse not to leverage that extra time to refocus and redirect those resources,” he says.

Wil taught himself how to drive traffic to YouTube, leverage keywords, and set up more ways to monetize his growing channel: a physical cookbook and sushi-making masterclass sold through a Shopify store.

Wil creates programming around what unique content he can create, rather than what might make the most money. “Once you add more value, you’re naturally going to attract a bigger audience,” he says. “And if they’re happy, then they’re more likely to want to buy your book.” It’s paying off—Wil’s audience has grown more than 30 times in size since the outset of the pandemic.

A recipe for serial entrepreneurship

By definition, a serial entrepreneur is exactly as it sounds: a person who launches and runs a series of businesses. Wil, who exemplifies this definition, tells me it’s more complicated than that. “I’ve learned that there’s a huge difference between a person running a business and a person who is an entrepreneur,” he says. “If you just run the business, at some point, unless you innovate constantly, the business is going to start to run you.”

The characteristics of an entrepreneur differ based on each person’s motivations—some follow money, others ideas or passion. You can be a strong visionary or a great creator, an inspiring leader or a master of the fine details. Maybe you possess all of these traits. Either way, there isn’t a tidy definition of what makes a successful career entrepreneur.

How can you define success if you have never been in a struggling position?

For Wil, a shift in entrepreneurial mindset was the aha moment. His advice to others pursuing a path of serial entrepreneurship? Think about what your idea gives to the customer or the world—ask what value it brings before asking what it can do for you. “Money is a byproduct of the value that you create,” he says.

And how does one know if something is valuable? “I would tell them to go on Google and search it, because now you’re giving yourself advice,” he says. “And that’s actually way more valuable than me telling you how to do something.” Struggle is a necessary part of the learning process, and as the son of immigrants who started with nothing, he knows this too well. “How can you define success if you have never been in a struggling position?”

Wil also credits strong communication with his audience for his growth as an entrepreneur. “Because I was so introverted, I really didn’t want to film myself eating the food and talking about it,” says Wil. “The older episodes never had that.” But when his commenters continued to ask for it, he tried it. “Now I do it on every episode.”

As for the rest, it’s like a toolkit that you continue to add to through learning and experience, Wil says. He cautions that the tools themselves matter less than how you use them. “You can have a toolbox full of amazing, high-quality tools but you’re the one who makes the decisions about how to use and delegate those resources,” he says. “The best thing to invest in is yourself.”

A powerful mindset is probably one of the most important things. I never would have believed that before.

As a person who considers himself logical and practical, it was difficult for Wil to embrace that the defining ingredient wasn’t something tangible. “A powerful mindset is probably one of the most important things,” he says. “I never would have believed that before.”

Like every good recipe, entrepreneurship is an evolution of tweaks. Pinch of passion here, dash of effort there. “Everyone has this million dollar idea,” says Wil, “But not everyone has a million dollar execution.” He’ll be the first to admit, though, that his own execution of past businesses did not live up to the ideas. It wasn’t for lack of effort, which he also cites as a key ingredient. But what makes Wil successful, despite his struggles and failures of the past, is that each business idea was an update of the original recipe. Each experience taught him something that he used to make the next one even stronger.

Serial entrepreneurship is not a series of isolated businesses. It’s an iterative process where each business that has failed or ceased to bring joy acts as an education or opens a door to the next thing. Even Wil, who, from the outside, appears to have cracked the code, admits he’s still learning. “Am I an expert on balancing all of it? I would honestly say I’m not,” he says. “I am constantly working at life-work balance.”

There are those who are built for discovery, destined to move seamlessly through success and failure, to not be shackled to one idea or expectation.

There are those born knowing what they’re meant to do with their lives, whether by family obligation or a clear talent and passion for a singular purpose. They take a direct path by, say, starting early in the family business or auditing law classes before they’ve even graduated high school.

For the Wil Yeungs among us, that process sometimes takes a lifetime of trial and error. And often, the answer is that they’re not built for just one thing. The journey, as they say, is the destination. There are those who are built for discovery, destined to move seamlessly through success and failure, to not be shackled to one idea or expectation.

For the first time, maybe in his life, Wil has a singular focus. Or so I think. While his experience from all of his past ventures have culminated here and he’s killing it in the YouTube influencer space, I learn that this is just another stop on his entrepreneurship world tour. “I have a lot of other ideas and projects that I’m working on right now,” he says. And he’s not stopping anytime soon. “For me, retirement means working on projects that I want to work on, with people that I want to work with.”

And that’s how you do it “with absolute confidence.” 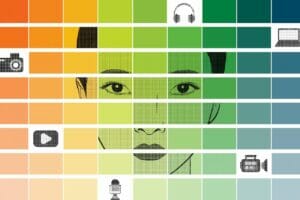 Anatomy Of A Creator: The 7 Main Archetypes Of Digital Creators 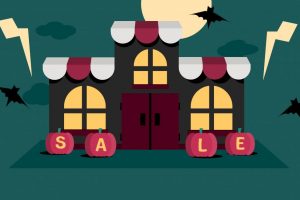 25 Halloween Marketing Ideas Retailers Can Use To Boost Revenue 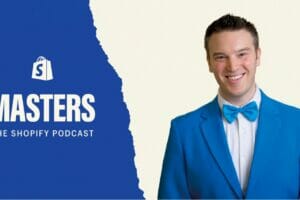