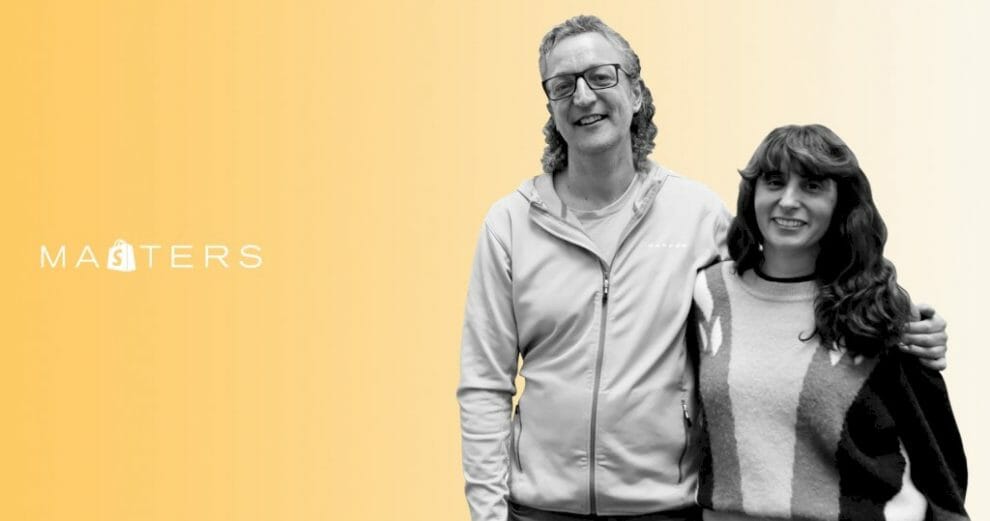 I discovered that it was made by Bitten Design and got lost on its website coveting other items I imagined would fill up my home. During later travels, I found myself coming across Bitten Design’s items in shops around the world and experienced firsthand the global footprint it had established.

You can listen to Bitten Design’s story on this special episode of Shopify Masters:

The plunge into entrepreneurship and bootstrapping

Utrecht, the quieter and quainter cousin of Amsterdam, is a city lined with canals and dotted by medieval buildings; it also serves as the ideal backdrop for creatives like Diana and Al due to its community of like minded creatives.

In their office, a large shelf filled with lush greenery houses planters shaped like astronauts, submarines, and dinosaurs, displaying a collection of their works and work in progress prototypes. Their workspace, complete with design-filled bulletin boards, floor to ceiling cupboards housing prototypes, and spacious desks, is the birthplace of more than 40 newly designed giftware items each year that are sold in over 45 countries.

Bitten’s origins go back more than a decade, when Diana and Al were working in the gifting design industry. They met Jos Reinders, who would become Bitten’s third co-founder, Jos Reinders, at their previous company. “We all had a different skill set and realized that we were making a lot of money for other people,” Al says. Along with the pursuit of financial independence, the lure of creative freedom was a key motivator for the trio in starting the business. “We have no rules about what we can make,” Al says. “It’s up to us and what we feel is on trend at that moment.”

The group’s leap of faith into entrepreneurship was scary, despite the initial appeal. Starting production for a new item required a mold that typically cost the team tens of thousands of dollars. As a result, money was always tight. Al recalls a specific nerve-racking moment from their early days, when a simple night out almost turned into a source of serious financial strain. “We had a crunch point when we met one of our customers in Hong Kong,” Al says. “They asked us to take them out to dinner and racked up a massive bill. As a company, we didn’t even have the money to cover it.” The meal proved to be a worthwhile investment as the customer remains to be a great partner to this day.

The team attributes their longevity and consistent year-over-year sales growth to developing a plan and staying the course—no matter what came their way. Part of that plan involved operating as a trading company in addition to running Bitten. “We would get design briefs from other companies and make their products, or we would sell ideas to other companies,” Diana says.

These projects allowed the team to develop relationships with large giftware distributors, retailers, and resellers throughout the world, and produced an additional revenue stream while they built up their own brand. That path has allowed Bitten Design to be a wholesaler. “We have a lot of resellers who are on Shopify,” says Al. And after being in operation for more than a decade, “All the money in the bank is ours. All the stock in the warehouse is ours. We’re totally self-sufficient.”

Finding a balance between creativity and commerce

The Bitten brand relies on a mixture of creative ingenuity and operational excellence. Diana is the designer, while Al and Jos look after logistics, legal, and finance. “Everyone has clever ideas in them,” says Diana. “But making an idea a reality, and into a product, is the tricky part.”

For Bitten’s mustache pacifier, Diana was inspired by the Movember movement and felt the product was sure to be a hit. Jos and Al, however, were hesitant—and not because they didn’t believe in the product’s appeal. “There are lots of laws to do with pacifiers. Different countries have a different set of rules,” says Al. “With a baby product you have to be super careful, because nothing can go wrong.”

Before letting go of the pacifier idea, the team showed one of their biggest customers a 3D-printed mock-up. The customer immediately fell in love with the idea. It took Bitten another year and a half to ensure its materials complied with all the legal requirements and, ultimately, turn the idea into a viable product. Highlighting the importance of the team’s dynamic in seeing this concept to fruition, Diana says, “If it wasn’t for Jos or Al, I would’ve had the idea, but I might not have made the product.”

The tight-knit trio stays in constant communication and takes logistics as well as sales into account when developing products, from ensuring items are durable and easily shipped to expanding product ranges that perform well.

One of their most popular lines includes a series of stuffed toys called Huggables, and Diana works on new designs for it each year, “Is that totally free and artistic? No, it isn’t,” says Diana. “But on the other hand, I will also make new items that have never been made. It’s a balance.” And this balance between creating personal favorites and crowd pleasers is one of the key reasons why Bitten has managed to thrive as an independent business.

Bitten’s products run the gamut of fitting into every space of the home or office. Since its designs are made to start conversions,their customers tend to purchase them as gifts. The brand’s current most popular item, a cloud-shaped barometer, is a glass cloud filled with a special liquid and snowflake-shaped particles that changes to predict the day’s weather.

The wide appeal of Bitten’s products attracts copycats. “We own the worldwide patent for the mustache pacifier, but if you go and look on the internet and type in ‘mustache pacifier,’ there’s a load of copies,” Al says. But for Diana, Al, and Jos, time is better spent bringing new items into the world rather than taking legal action.

Legally stopping the dozens of companies copying their products isn’t possible, nor is it worth the team’s attention and energy. “We don’t want to spend time in such a negative way,” Al says. “We look at other companies who copy our products and sometimes it’s actually quite nice, because you realize that you’ve done something good that other people want.” Imitation is the sincerest form of flattery, as they say.

At the same time, the Bitten team has little interest in fighting accusations of patent infringement, even if they feel they’re in the right. The company once sold a contact lens holder in the shape of a pair of sunglasses until a competitor with the patent for any contact lens holders with oval-shaped receptacles, contacted them. “The sunglasses-shaped holders we made look a bit like (classic Clubmaster styled) Ray-Ban. They were slightly squarish and the receptacle wasn’t an oval or a circle,” says Al. “We spoke to a lawyer and he said, ‘You can win this. All it’s going to take is maybe $400,000 or $500,000 and two to three years.’ When we heard that number, we were perfectly happy not to sell that item in America anymore and live without the stress of a lawsuit.”

Working together as life and business partners

At the heart of Bitten Design is a love story. Diana and Al are life and business partners, and today most parts of their lives are intertwined. They first met over 16 years ago while working for the same company. “We met at various management meetings. We got to know each other, and we fell in love,” Al says. “Diana didn’t want to come to London, where I was living at the time, so I moved to Utrecht.”

When Al moved to the Netherlands, he started to work for a competitor to Diana’s company. When her bosses found out, she was fired. Al says, “Diana lost her job because they were very upset that she was basically sleeping with the enemy.” The incident acted as a catalyst for Diana and Al to eventually start Bitten Design with Jos. The two wouldn’t have it any other way.

Speaking to the importance of balancing their personal and professional lives together, Diana and Al stress the importance of not taking business home. In addition, the couple still do the fun things they loved from the very start of their relationship. “Before you started working together, if you like going to movies and festivals or just having a nice cup of wine together, keep doing that,” says Diana. It’s the shared values, goals, and continuation of their favourite activities that have allowed them to build a family and a business together. Now parents to a daughter and a global giftware company, Al and Diana say they still miss each other when they have to travel separately for work.

Designing the future for Bitten Design

With a decade of experience under their belts, Diana and Al hope to keep growing Bitten Design and have more of their fans recognize their distinct brand and products. While they’ve serviced other merchants who resell their products, they’ve also started a Shopify store to have all their products in one place.

“We rely on Shopify as a form of advertising, a portfolio, and a look book,” says Al. With their sights set on growth, the team continues to stress the importance of growing naturally and remaining financially self-sufficient. Even as orders increase in volume, for Diana and Al, the true magic lives in seeing the end customer in a shop, eyes wide, holding their one of their designs. 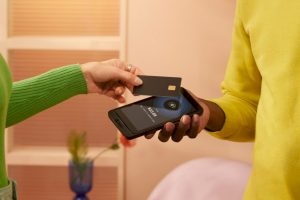 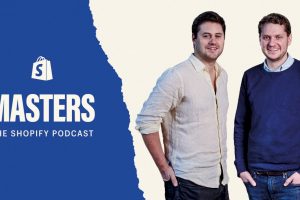 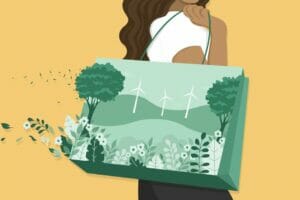 Brand Values: A Competitive Advantage For Your Business