A failed marketing campaign is every marketer’s nightmare. A campaign that fails because it’s offensive is every marketer’s worst nightmare. Nobody wants to capitalize on a trend with a casual social media post, only to endure a firestorm of censure and rebukes. Yet in 2019, even major brands like Amazon can misread their audience and damage trust with poorly considered messaging.

In our connected world, it’s no longer possible to halt a campaign, issue an apology, and contain the damage. Someone will already have pictures, screenshots, and snarky jokes at the brand’s expense that push these mistakes viral. So how do companies cope with the brave new world of advertising? How can marketers ensure their campaign delivers on a message without damaging the brand?

Most tone-deaf marketing campaigns occur within one of three contexts: cultural missteps, inappropriate cause marketing, and inappropriate trend marketing. Developing techniques to avoid these pitfalls can save your company a great deal of time, money, and brand value.

One core rule of marketing is that brands should develop messages that resonate with a given audience. This is especially true when reaching out to another culture. As a prime example, luxury brand Burberry once flubbed a Chinese New Year campaign by applying austere Western European fashion photography sentiments to an otherwise joyous and colorful holiday. Such missteps can lead people to assume a brand doesn’t understand their culture or is just plain arrogant.

Marketers should double-check the meaning of keywords, phrases, and concepts when moving into a foreign market or targeting a new subculture, avoiding stereotypes as a number one rule. Modern fiction authors and publishing houses often accomplish this by hiring cultural consultants or sensitivity readers. While consultations are an additional cost, they’re far cheaper than trying to undo the damage of an offensive campaign.

Even established messaging can be misconstrued in certain parts of the world. One Canadian chocolate brand named itself after the acronym “Seriously Helps You To Energize” — or SHYTE, the Scottish slang for feces. Thankfully, the business was able to embrace the joke for a newfound ironically interested British audience. The brand began promoting an #EatSHYTE hashtag and renamed website headings with titles like “Know your SHYTE”.

In this case, a good sense of humor helped the team take ownership of—well, their SHYTE— instead of falling victim to viral mockery. Of course, it always helps to understand the culture beforehand to avoid the need for course correction.

Cause marketing is nothing new, but with two-thirds of millennial and Gen Z customers wanting brands to take social positions, it’s poised to become bigger than ever. Cause-based brand sponsorships alone are believed to have driven over $2 billion of ad spend in 2018, while Nike earned an estimated $6 billion from its social issue-relevant relationship with Colin Kaepernick. On a smaller scale, the lingerie brand Adore Me has attracted attention for showcasing a diverse array of lingerie models to promote body positivity.

When cause marketing campaigns fail, however, they can squander advertising dollars and alienate potential customers. Gillette recently experienced this problem when a campaign focused on toxic masculinity was poorly received by much of its core audience, leading to negative short-term sales growth. Why did this approach fail for Gillette while succeeding for Nike? It’s likely because Nike catered its controversial messaging around its core audience, while Gillette did not.

Once again, this is another arena where consultants and focus groups can help marketers conduct due diligence. For example, Gap ran a successful LGBT-inspired campaign in 2015 by creating an authentic message sourced from its own LGBT employees. In general, however, effective cause marketing occurs when a value-driven brand embraces a relevant cause. Aligning the brand’s core values with consumers’ own ethics increases the likelihood of reaching an engaged audience.

Much like cause marketing, brands often try to capitalize on trends that will resonate with a given audience. The problem is, producing content at social media’s lightning-fast pace often causes

marketers to misread the context. Consider the high-profile blunders of Entenmann’s tweeting about a criminal verdict, or DiGiorno promoting pizza under the #WhyIStayed domestic abuse hashtag.

Consumers are now on the alert for brands cynically inserting themselves into conversations where they don’t belong. What’s frustrating is that marketers can avoid these gaffes by conducting just ten minutes of research before sending a tweet. A single member of the marketing team—not to mention a pop culture-savvy marketing department—can check the origins of a trend for unintended meanings. The next step would be allowing writers and editors to review content before it’s shared rather than off-cuff posting, something Wendy’s could have done before retweeting about a racist frog.

As creative professionals, marketers try to stay in tune with cultural trends—but mistakes do happen. That’s why teams should be professional enough to establish strong internal safeguards and standards for reviewing and understanding their messaging before it reaches a public audience. By building a process to understand new topics while developing ads related to them, you’ll be better equipped to read the room before speaking to cultural trends and causes.

The Best Times to Send Email 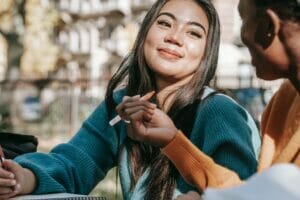 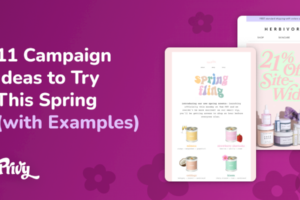