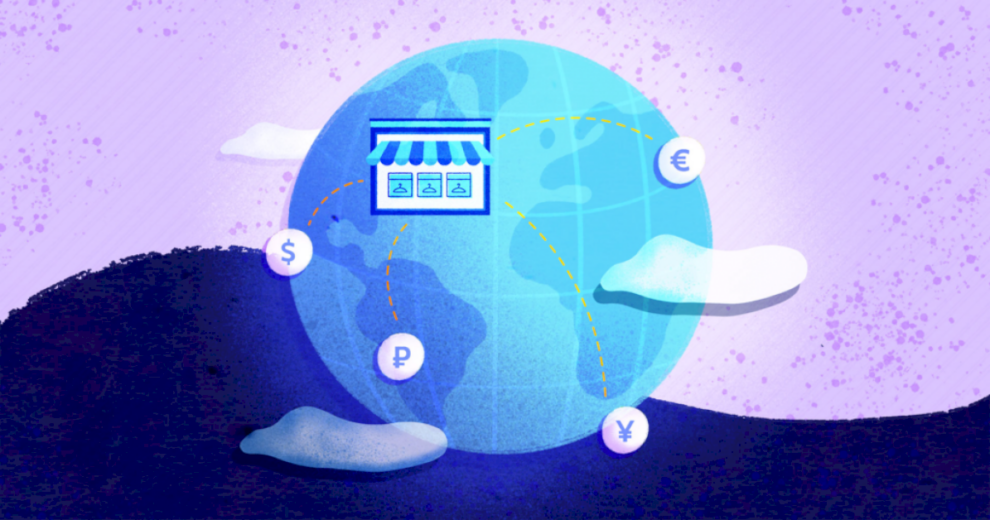 While the ecommerce marketplace was already booming before the pandemic, when extended lockdowns were imposed, millions of consumers opted for the ease and safety of online shopping. Between 2019 and 2021, ecommerce sales grew by 50%.

In 2021, worldwide retail ecommerce sales amounted to approximately USD 4.9 trillion. This figure is forecast to grow to about USD 7.4 trillion by 2025.

Today, anyone with a laptop or smartphone can shop online – anytime and anywhere.

Shopify has developed a tool called Shopify Markets to help online merchants seeking to expand their online presence internationally. However, it’s important to note that Shopify doesn’t recommend Markets to all merchants.

In this blog, we’ll explore what Shopify Markets can and can’t do so you can decide whether it’s right for your business and understand other ways to expand globally if it’s not.

What Is Shopify Markets?

When Was Shopify Markets Released?

Shopify Markets was released for early access on September 14, 2021, and became generally available to all merchants on February 11, 2022.

Here are some of the key features that merchants have access to if they use Shopify Markets:

With Shopify Markets, merchants can precisely target customers in specific countries and regions by purchasing and creating customized domain names and creating subfolders when they create stores for new markets. Localizing domain names can help boost search engine rankings in local markets the merchant is targeting and drive up conversion rates.

Most international customers prefer to shop online using their local currency. Shopify Markets allows merchants to convert the prices displayed on their storefronts into local currencies for international customers. Similarly, recognizing that most online shoppers prefer to browse stores that use their native language, Shopify allows merchants to translate their stores using translation apps.

To give international online shoppers complete visibility of all the costs attached to their purchases, Shopify Markets estimates and collects all duties and import taxes at checkout. It also supports the most popular local payment methods to optimize checkout conversion rates and minimize the risk of cart abandonment or payment processing issues.

Shopify Markets gives merchants the flexibility to define market areas according to what makes sense for their business, for example, by allowing them to create a single country market or grouping multiple countries together. Other useful features include smart default settings and the ability to create personalized recommendations for shoppers in specific regions – all of which will increase conversion rates.

Shopify Markets is a great choice when you want to create a carbon copy of your store to quickly expand into new geography. Essentially, you have one main store that can be duplicated with custom configurations to create new stores in new regions.

“For merchants who have globally dispersed teams that independently manage operations in their local market, it’s often preferred to sell cross-border using multiple stores along with the ability to sell and get paid in different currencies for your international selling strategy.”

So, if you’re comfortable operating all your stores from a central location, rather than implementing a more localized management arrangement, Shopify Markets makes sense.

What Are Shopify Markets’ Limitations?

Sometimes having multiple separate stores (also known as expansion stores to Shopify Plus merchants) makes more sense than operating a single store with Shopify Markets. Let’s discuss when it makes sense to set up separate stores.

When you’re using Shopify Markets, you can only have one theme, and there’s currently no way to restrict a group of customers (based on geography or tags) to a subset of products.

If you want the freedom to tweak the look and feel of your website by customizing the store theme, modifying your website photos, changing the language of your store, or tailoring the product catalog to a specific region, you’ll want to set up separate websites. An example of a company doing this really well is Moomin. Moomin has their main store – moomin.com – and separate stores set up in Japan, Germany, and the UK, each of which has a unique look and feel tailored to the specific area.

Depending on the nature of your store, the geographies you’re selling to might be in polar opposite seasons. For example, if you’re a North American fashion brand, it doesn’t make sense to have a hero image of a model wearing winter clothing when it’s summer in Australia and New Zealand. Presently, there’s no way to tailor a subset of products to a specific geographic area with Shopify Markets.

Similarly, you might not want the same content posted on your shop’s blog. For example, if you’re a makeup brand, you wouldn’t want to promote a blog post about “Hydrating your skin in the winter” to a shopper on the other side of the world who’s experiencing summer weather.

Your Teams Are Dispersed Globally

If your team is dispersed and managing operations in their local market, it’s best to keep your stores separate from one another.

You’re Setting Up a Separate Business

If you’re setting up an entirely separate business (or a subset of your business, like a wholesale store), Shopify Markets isn’t the right fit for you. And if you want to keep the wireframe of your existing store but populate it with different products to create a new business, you’ll be better off creating a separate store.

You Sell on Amazon

As an Amazon seller, you cannot set prices lower than your Amazon store anywhere on the web. Shopify Markets’ store prices fluctuate daily based on the exchange rate. This could result in a violation of Amazon’s rules if your price fluctuates below what it’s set to on Amazon. Many Amazon sellers who also operate on Shopify prefer to set up separate stores for this reason.

You Want to Sell to Different Customer Segments

It doesn’t make sense to use the same marketing strategies to target Gen Z and elderly customers. In addition, it’s not uncommon for online merchants to operate in both B2C and B2B markets. You need to tailor your efforts to the ages and needs of your different audiences. You might want the option of setting up and running multiple stores if it makes sense to do so.

If you’re carrying significant inventory levels across your shops, you might want to offer a sizeable discount to move your goods quickly. However, bear in mind that when you offer a discount on your main store, you’re effectively devaluing your brand in the eyes of your customers. To address this issue, you might want to create a sub-brand on a different Shopify store where you promote lower-quality or more affordable products to new customers without risking your brand’s integrity.

When you make changes in one store, those changes can automatically be copied to any other Shopify store.

Some customers use us to automatically copy the following changes from one store to another:

You can even set up Rewind Copy to ignore certain attributes. For example, some customers want price changes synced without syncing product titles and descriptions, while others want to exclude certain product collections. Rewind Copy gives you the flexibility to operate multiple stores with ease.

With the ease and convenience of Rewind, your in-house developers are free to focus on more strategic tasks, such as experimentation and innovation.

“It’s much quicker to install Rewind Copy to copy our store (and everything in it) than it is to pay a developer to do it manually.” – Jonas Forth, Head of Digital at Moomin.

If you’re interested in scaling your business internationally and maintaining multiple stores with ease, try Rewind Copy. Get Rewind Copy.