Super Bowl LV is this weekend! Will you be watching? Of course, you will. We’re in a pandemic, so what else is everyone doing, am I right? Crack open some drinks, order some pizza, cozy up with your family and pets, and make a night of it. I don’t know about you, but it’s one of my favorite nights of the year.

I love football, I really do, but my team did not even make it into the playoffs this year (ahem, I’m looking at you, Chargers, ahem!), but there’s always next year I tell myself. In the meantime, I tune in for one other thing, well maybe several other things, and that is, of course, the commercials.

Super Bowl ads are a marketer’s playground. The possibilities are endless. You can go for shock value, humor, sappiness, or taking a political stance (not recommended). No matter how you approach your campaign, it will reach the largest audience you’ll ever have, so you can’t lose by investing in a 30-second lead capture ad that will basically be performing on the world’s largest stage.

Here are some (but not all) of the brands we can expect to make an appearance between plays on Sunday:

Some of these companies have already released their ads on YouTube and are available for viewing now if you wish to indulge before the Big Game. I, personally, always wait so I can experience whichever emotion I’m supposed to feel on Super Bowl Sunday to make the day more compelling and memorable.

Marketing during the Super Bowl

Now, let’s get to the heart of the matter. If you’re reading this blog on our site, it’s because you came here for information about collecting customer data. And I can’t think of a more efficient way to campaign directly to consumers than the Super Bowl. It’s a high-volume event (more than 100 million people in the U.S. alone are watching) where running a 30-second promotion not only creates brand awareness, but consumer demand as well, so it’s definitely worth the investment.

According to Statista, “In 2020, Super Bowl advertising revenue reached a total of 336 million U.S. dollars. An average 30-second ad-spot during the Super Bowl broadcast cost 5.6 million U.S. dollars. Seventy commercials were shown during the Super Bowl broadcast, amounting to a total ad time of 46 minutes. What is more, some 19% [of consumers] indicate that Super Bowl advertising made them aware of advertiser brands, which fortunately means that companies can count on exposure to prospective customers.”

When it comes to direct-to-consumer marketing, it’s not just a matter of “here’s our product, now buy it.” Far from it. A lot of psychology actually goes into producing Super Bowl commercials-how they appeal to our senses, our emotions, our needs and wants. Speaking directly to consumers and meeting their expectations halfway is the most conducive way to capture leads, especially during one of the highest-grossing events of the entire year.

For come Monday morning after the Super Bowl, that’s where the real fun begins for consumer brands. Once they have compiled their list of phone numbers or email addresses from people who have opted in after the attention they garnered from the Super Bowl, now it’s time to reach out and do some customer relationship nurturing to convert those leads into brand supporters for life.

It’s also wise to start planning and budgeting for next year’s Super Bowl ad, because once you can afford the best way to create a buzz about your brand, why stop there? There are brands fortunate enough to invest in making an appearance every year, to the point where we’re actually on the lookout for certain products and how they will be presented.

And when you have the largest captive audience in the world, brands need to bring it and add that little something extra to their 30-second spot to stand out and be memorable among all the other companies competing for attention.

This year will be no different, in fact, I’m expecting the tone to be a little solemn in 2021 due to the COVID-19 pandemic, civil unrest and the economic crisis everyone faced in 2020. Will certain brands still bring the funny? I’m hoping so, but we’ll see which direction each brand will take. Which brands’ ads are you most looking forward to seeing on Sunday?

Bonus! Here is a teaser released by Uber Eats, which has done an incredible job in casting their commercials this year I might add, and as a result, it’s one of the few ads I don’t skip on my DVR. Strive to be more like Uber Eats and actually be a part of the bingeing experience.

Everyone enjoy the game this weekend and be safe! 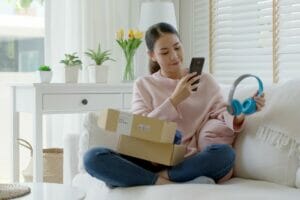 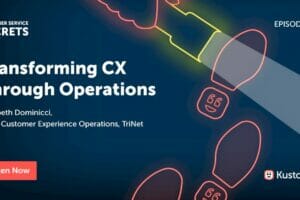 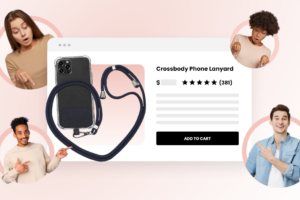 I'm also on
Latest posts by Steve Hutt (see all)
Why you haven’t made your first sale yet: a brutal look at early stores
Founding Principles: Are You Auditing Your Shopify Apps?
Comment