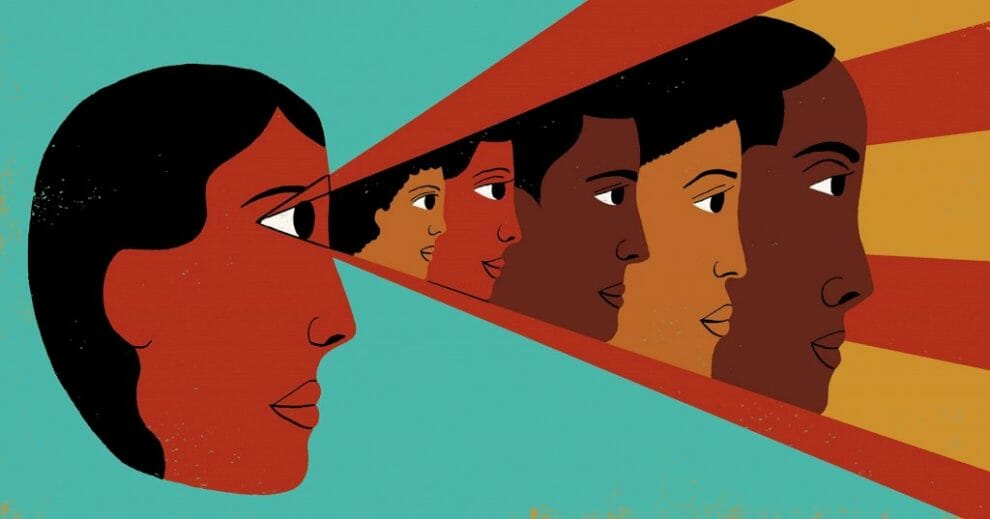 Often, Jannah Handy’s wardrobe will include a small reference to something seemingly innocuous: the watermelon. It might show up on a pin or a hat. It might be a repeating pattern on her nine-year-old’s slippers or pajamas. For the co-owner of BLK MKT Vintage, it’s a symbol of perseverance, prosperity, and self-sufficiency. It was watermelon, after all, that created early economic opportunities for formerly enslaved Black people who grew and sold the fruit—and it became a representation of freedom.

But for more than a century, the watermelon has been used as a negative stereotype of Black people—a racist symbol of untidiness and laziness. Jannah says she wants to reclaim it. “We sometimes forget that there is a historical context for the work that we’re doing,” she says. “Our ancestors paved the way for us to get here.”

When it comes to her antiques business, Jannah is usually looking to the past. But on a November evening in Oakland, California, she sits on a stage facing a packed room, ready to look ahead. She and a panel of her peers have gathered here to answer one important question: why does the future need more Black businesses? The Shopify-hosted panel kicked off the first day of AfroTech 2019—a four-day gathering of more than 6,000 Black entrepreneurs and tech professionals, aimed at driving conversation, building community, and “scaling collective power.”

This critical mass of folks of color is so important.

Taking the stage alongside Jannah were William Adoasi, founder of Vitae London; and Gwen Jimmere, founder of Naturalicious. They were joined by moderator Mandela SH Dixon, CEO of Founder Gym.

The panelists—successful founders and community role models in their own rights—have all overcome some of the barriers to entrepreneurship frequently faced by many Black business owners. In doing so, they have created representation in industries where, before they entered them, they did not see many faces that resembled their own. This was Jannah’s experience when she launched BLK MKT Vintage. “When you go into antique stores, you look around and don’t see yourself represented,” she says. “How are we a part of history but we’re not represented in the artifacts?”

How do communities, policymakers, institutions, and allies create greater accessibility to entrepreneurship for Black people? First, we should understand the barriers—including the historical context behind them—and the benefits to breaking them down.

Lack of representation in business—or in any situation—can create intimidation, fear, and reduced confidence. These feelings can prevent underrepresented people from getting involved at all. Jannah says the attendees she spoke to at AfroTech were energized by connecting with other Black founders and tech professionals, as many often find themselves in circles and around boardroom tables where they don’t see themselves reflected. “This critical mass of folks of color is so important,” she says.

In a 2017 study looking at the financial challenges of Black entrepreneurs, interviewees reported that access to mentorship posed a challenge in succeeding at business. And so “social capital”—the ability to access knowledge, opportunities, and resources through networks—ends up being a barrier for some. “You’re working almost 24 hours a day, seven days a week. It can be isolating,” says Gwen, who has found support in Detroit’s strong entrepreneurial community. “You can’t live in your silo.”

Social capital and financial capital are intrinsically linked. As over 80% of venture capital (VC) firms don’t have a single Black investor, Black founders often need to gain access to predominantly white networks in order to secure funding. Unsurprisingly, the demographics of VC backers are reflected in their investments: from 2013 to 2017, only 1% of venture-backed businesses were Black-owned.

Often, when we’re creating businesses to solve Black problems, the faces of the VC world can’t relate to it, so they don’t see the viability in it as a business. Representation matters.

Gwen sells a hair product designed to solve a pain point for Black women. “When I talk to white people, particularly men, the struggle that Black women have with hair is a completely foreign concept to them,” she says. “Often, when we’re creating businesses to solve Black problems, the faces of the VC world can’t relate, so they don’t see the viability in it as a business to provide funding for. Representation matters.”

More troubling are the institutional biases that contribute to a racial imbalance in credit denial rates. Financial offers, both human approved and algorithmically generated, often carry higher interest rates for Black and Latinx borrowers, a pattern that has contributed to the stagnant rates of home ownership among Black Americans since the late 1960s. This historical context is significant in explaining the wealth gap—the imbalance in median household wealth between races. In 2016, the median wealth of white American families was 10 times that of Black families, which reveals an enormous disadvantage for Black entrepreneurs who not only face challenges in accessing capital, but also are less likely to have familial wealth.

Despite the challenges, there is good news: the number of Black-owned businesses in the US increased by 400% between 2017 and 2018. And, Black women form the fastest growing demographic of new businesses with ownership growing at a rate of 164% between 2007 and 2018.

Investment in Black entrepreneurs can close the wealth gap through job creation, strengthen communities, and create economic opportunities for everyone.

Ownership is what we need in order to build generational wealth.

Creating access for Black entrepreneurs creates job opportunities not only through self-employment, but also opportunities within those businesses. One study suggests that just a 10% increase in businesses owned by people of color could create one million new jobs for people of color. And Black-owned small businesses in majority-Black communities also help strengthen the local economy. Roughly 48% of money spent at a local business is recirculated locally, versus 14% for chain stores.

“We need to own our ideas,” says Gwen. “Ownership is what we need in order to build generational wealth.” Ownership creates the opportunity to build wealth that is not reliant on past generational wealth. But Jannah also reminds Black entrepreneurs to “look back” to understand that the progress made in Black ownership rests on the struggles of the past.

Mentorship and community empowerment are two important means to enable more Black entrepreneurs to launch and grow their businesses. “Success is not about your personal ascent,” says Mandela. “It’s about leaving a door open, throwing a rope down, and helping as many people as possible climb along with you—and even surpass you.” Exposure to entrepreneurship in one’s own community positively influences an individual’s own likelihood to pursue it. And community role models help to change the way Black youth see themselves and see the Black community’s role in society.

How do we get there?

I’m white. This is not my story. But when I say “we” here, I mean “we.” Everyone. Centuries of systemic racism and injustice continue to create hardship and exclusion for Black people and Black business owners. We all have the opportunity to support Black-owned businesses and create a more equitable playing field for future generations of Black entrepreneurs. So, how do we get there?

Black Americans spend $1.2 trillion annually and have an unmistakable influence in some product categories, like beauty. Supporting Black-owned businesses is voting with those dollars. And what about allies? “It’s an absolute duty of every person to make a conscious effort to support Black businesses. But, we don’t necessarily want to be supported because we are Black,” says Gwen, who herself is the first Black woman to hold a patent on a natural hair care product. “We want to be supported because we are excellent.”

We should be earning in all areas, in all fields.

“Get the good word out about] what’s happening in our community and our collective impact,” Mandela urges the audience at AfroTech, “because someone out there needs to hear this story.” Black business owners who have accessed and created social capital in their industries can offer it to others, thereby contributing to healthy ecosystems for thriving small businesses. “It’s our job to affirm each other, to lift each other up,” Mandela says.

William entered the jewellery and watch industry and didn’t see himself represented. At first, he removed himself from his brand story. But when he decided to put his face on Vitae London’s website, he opened doors for not only himself, but for other Black founders in the space. “I just love that I get to break that stereotype,” he says. William was included in a billboard campaign in the UK that demonstrated that young Black men can excel and own in industries other than sports and music. “We should be earning in all areas, in all fields,” William says.

In Detroit—perhaps an anomaly in the American business landscape—where Gwen runs Naturalicious, there are a multitude of resources for Black entrepreneurs. But outside of her hometown, Gwen says, there is still support. She’s connected to business communities and mastermind groups online. “There are people who are out there who want to help you,” she says. “You just have to show up.”

Today, founders like Jannah, William, and Gwen are excelling in white-dominated industries, gracing billboards and securing patents. They are building wealth, opportunities, and access for the generations ahead of them. But, systemically, the road ahead is long. Biases within traditional financial institutions will only start to change with political pressure or competition from alternative funding sources.

Gwen is thankful for VC funds like Backstage Capital, which invested in her own business, and Harlem Capital. “They are actively and intentionally looking to fund Black and minority-owned businesses,” she says. For Jannah, who says that her own barriers to funding were related to her credit score, services like Shopify Capital helped her access funds based on the merit of her store’s activity alone.

In small ways, every person has the chance to help address the social and financial inequalities that impede the creation of Black-owned businesses. We have an opportunity to build connections, too, Jannah says, simply by asking and listening. “Get to know your local Black bookstore owner, get to know your local Black café owner, find a business that you connect with,” she says. “Find out what folks need and how you can be of support.” 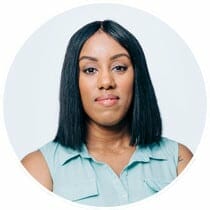 Shopify Academy Course: How to Get Started on Shopify

Looking for a guided tour of Shopify? Merchant Success Manager and entrepreneur, Samantha Renée, shares steps to customizing your shop, adding a product and making your first sale.

This article was originally published by our friends at Shopify. 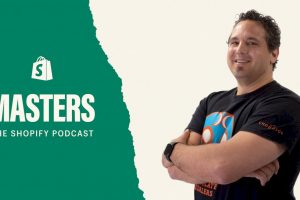 The Key To Creating A Regenerative Food Company 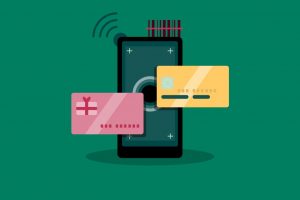 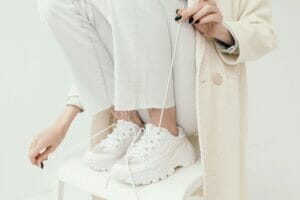 I'm also on
Latest posts by Steve Hutt (see all)
Customer Retention: How to Turn New Shoppers into Repeat Customers
The Power of Content: How 1 Article Generated $22 Million in Sales
Comment