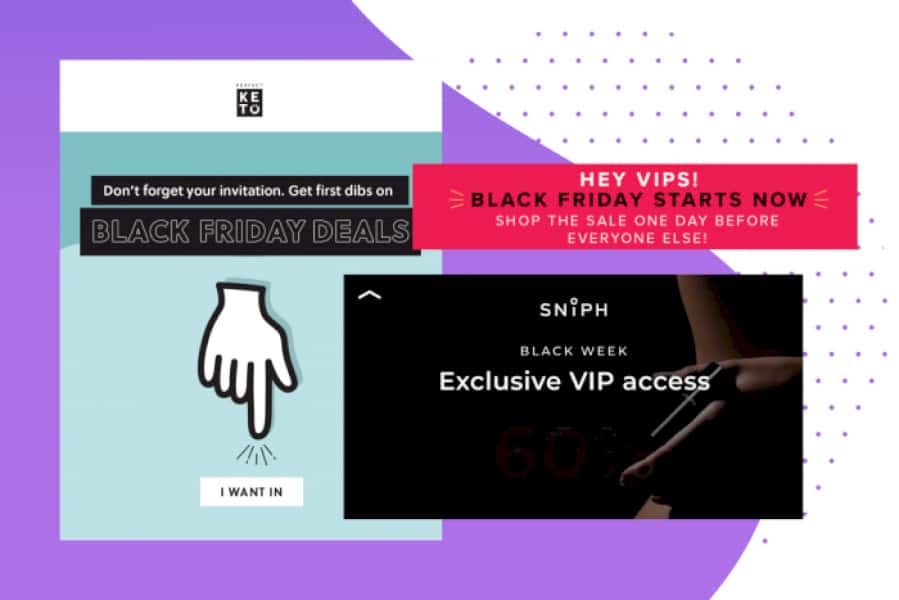 It’s no surprise that Black Friday Cyber Monday (BFCM) this year was bigger and better than ever before.

Adobe Analytics reported that the overall spend for Black Friday was $7.4 billion, with Cyber Monday bringing in an additional $9.2 billion – an amazing $2.5 billion increase compared to last year.

From the outside, these numbers look promising. Particularly when viewed against the high acquisition targets many merchants have in place for the peak period. However, for us, the real test remains how much revenue you were able to drive from your most valuable customers – the ones who already know and love your brand.

The results for LoyaltyLion users

So how did our merchants fare over the peak period this year?

During BFCM 2019, merchants using LoyaltyLion rewarded 1.9x as many points as they would on a normal weekend. Our research prior to Black Friday showed that 80% of consumers would return to a store they have shopped with before over the holiday period, especially if they have loyalty points waiting for them. It’s good to see that customers are still saving up their loyalty points to spend at this time of year.

We also saw that advocacy was high on the agenda for many customers over BFCM. LoyaltyLion users saw 1.5x more referrals made compared to a normal weekend. This is great news for merchants, as customers acquired through referrals are known to be between 16-24% more loyal.

While existing customers were actively engaging with loyalty programs over BFCM, lots of new members were also signing up to them. Merchants using LoyaltyLion saw a 1.3x increase in the number of loyalty program sign-ups during the peak period. This is big news considering our latest research showed that 69% of consumers were likely to guest checkout over BFCM. Even during busy periods, it’s worth using sign-up perks to incentivise account creation.

Finally, our research showed that only 19% of consumers are less likely to open emails at this time compared to other times of the year. Happily, this proved to be true. LoyaltyLion users saw a 1.2x increase in the number of loyalty emails opened compared to a regular weekend.

So that’s a bit of insight into how loyalty programs played their part in driving BFCM 2019 results. Let’s dig into a bit more detail and look at what happened across different verticals.

BFCM broken down by vertical

Shopify reported that apparel and accessories stores took home the most sales this year. And, our results told a similar story.

Our fashion retailers saw as much as a 58% increase in the number of points they awarded, compared to an average weekend. This shows that existing customers returned to them over this weekend to spend and engage as a way to earn more loyalty points.

For example, Lively sent out emails to their loyal customers over BFCM that let them know they would get a free “Cyber pack” with every order made that day. 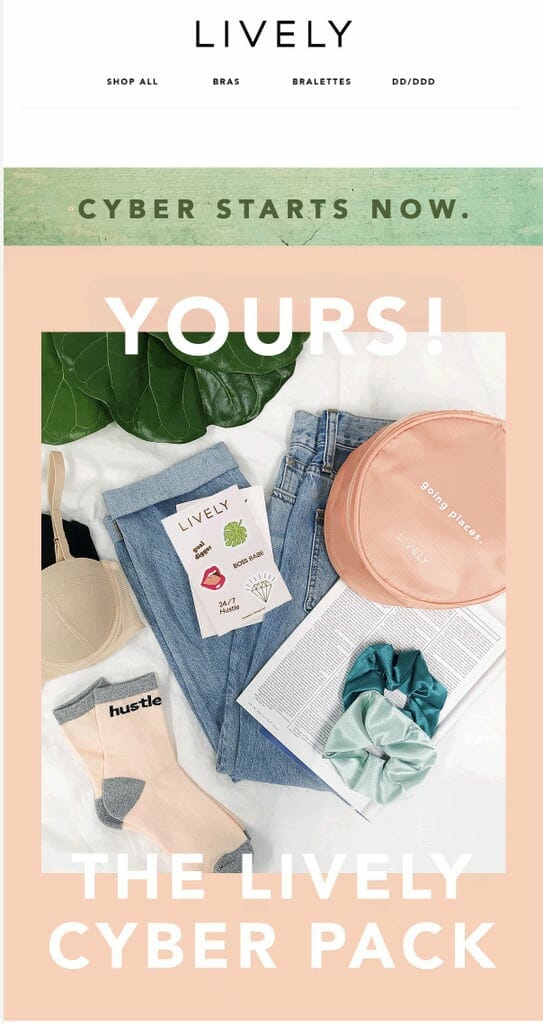 They also used their BFCM emails to advertise their double point event – where for every dollar spent, members would get double loyalty points.

By advertising the double point event, Lively effectively used Black Friday Cyber Monday as an opportunity to increase basket sizes. At the same time, they also used these emails as a way to educate new customers about their program and encourage them to sign up. 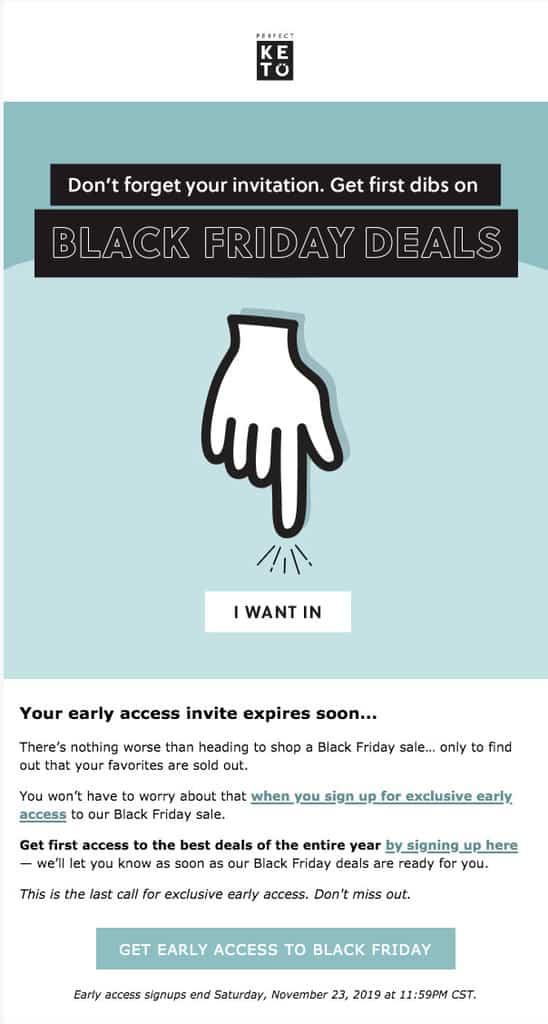 Nasha Nutrition took the same approach, but they also used their BFCM emails to promote their double point event and as an opportunity to recommend products and upsell their subscription service.

After fashion, Shopify stated that the beauty market was the second largest in terms of sales this BFCM. Results from our loyalty programs showed success for the beauty and cosmetics industry too.

Our beauty brands saw as much as an 83% increase in redeemed points and a 72% rise in points awarded during the discount weekend compared to a regular one. On top of that, they also saw up to a 71% increase in loyalty program sign-ups.

To differentiate in the crowded beauty and cosmetics space, many used BFCM as an opportunity to make their existing customers feel special with VIP-only perks. 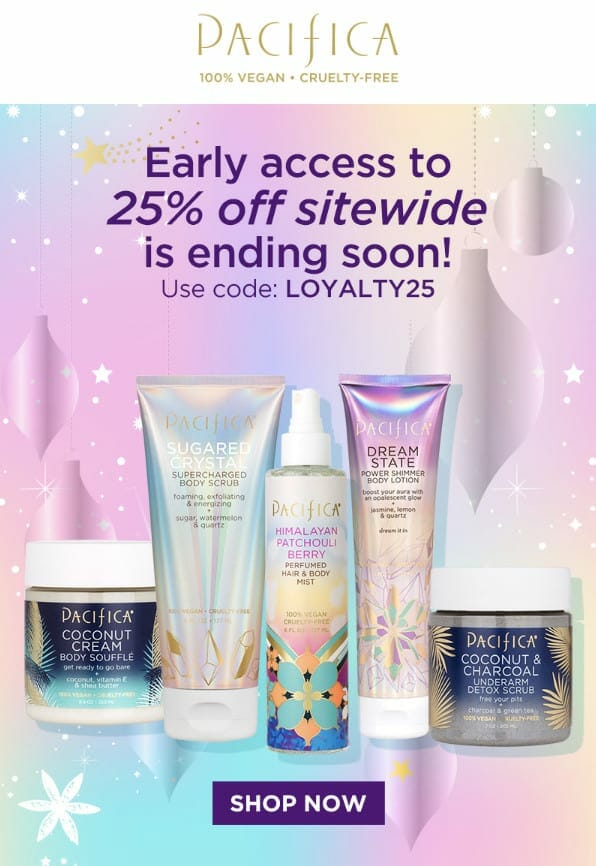 By making their existing customers feel valued, these beauty brands showed that they were worth returning to over the competition.

With the subscription market taking off, more and more are customers are getting curious. It seems that a lot of consumers were waiting for BFCM before dipping their toes into subscription-based products.

Our subscription-based brands saw up to a 69% increase in the points awarded compared to a regular weekend. This may be because, to get new customers to sign up, the brand drew customers in with an attractive BFCM sign-up perk.

For example, Sniph ran an email campaign that got prospect customers excited about their perks across the entire week. The brand launched a new deal every day and told customers about each one over email. They also used these emails to promote their big BFCM deal – that customers could get 30% off for life on all subscriptions. 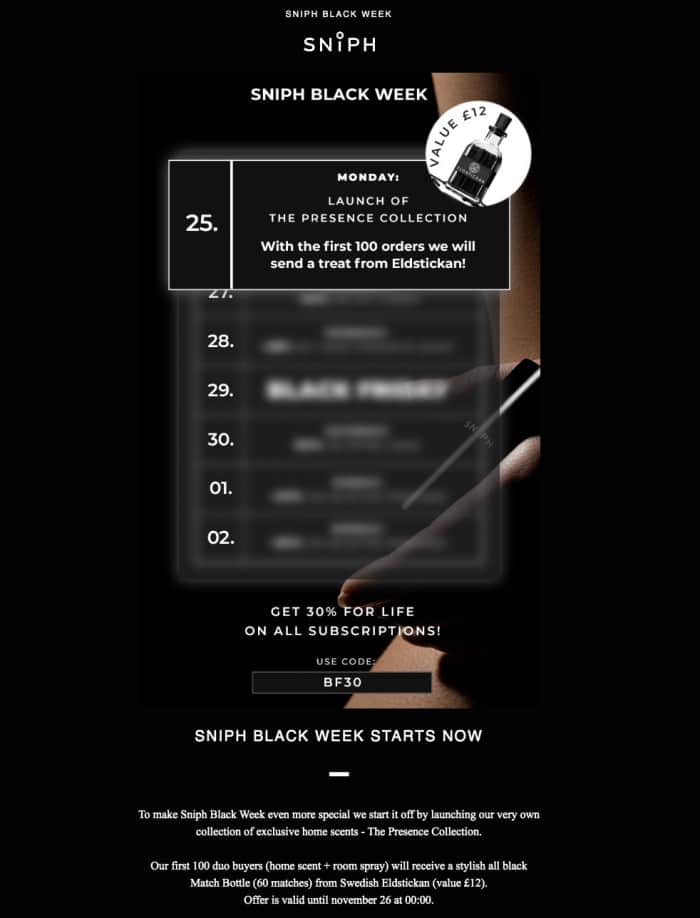 As a way to get more new eyes on their week of Black Friday deals, and subsequently their loyalty program, Sniph ran a paid social media campaign. Across Instagram, they ran ads advertised how members of their program will get access to these deals before anyone else. 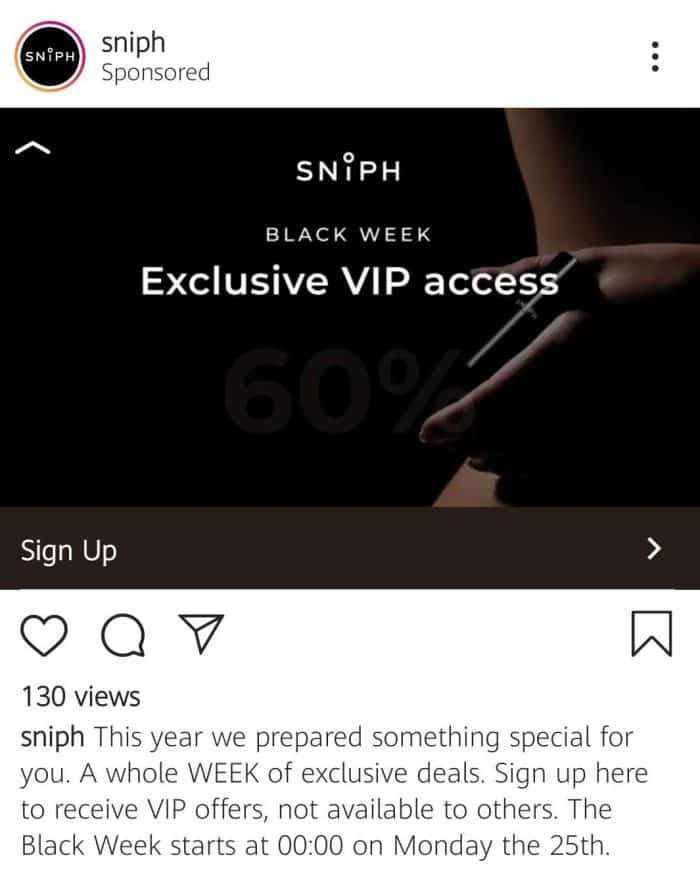 When looking at which verticals thrived over BFCM, we found that a lot of food and drinks brands saw success. In fact, one brand using LoyaltyLion saw an 87% increase in redeemed points compared to a regular weekend and rewarded 84% more points. But how?

To make their community feel special, Eat Bobo’s gave their insiders a sneak peek into their Black Friday deals before anyone else. They also used emails to tell customers how they would get a free gift with every order.

Waterdrop used loyalty emails to tell their members that their sales were close to ending, showing that they care about their customers enough to make sure they don’t miss out.

In these emails, they also highlighted the key benefits of their loyalty program to motivate more sign-ups. Customers could see that they could get limited offers, free shipping, double points and gifts with every order over £50.

Looking forward to next year

With 2020 creeping closer, thinking about how to retain the customers you acquired this BFCM is a sure-fire way to start the new year on a high.

If you can effectively keep the discount-driven shopper excited about you and eager to return when the sales are over, you will have locked them for the long-term. To learn more ways to retain the seasonal shopper into the new year, check out our BFCM 2019 loyalty pack – full of ways to win beyond BFCM.

This article was originally published by our friends at LoyaltyLion. 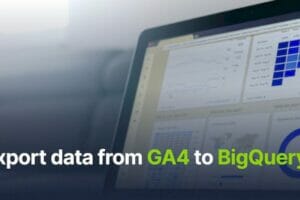 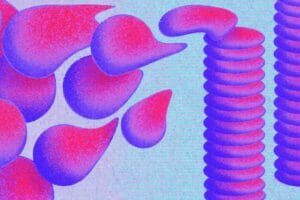 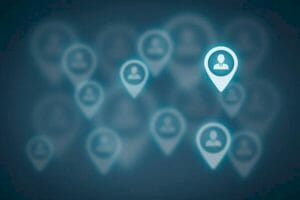