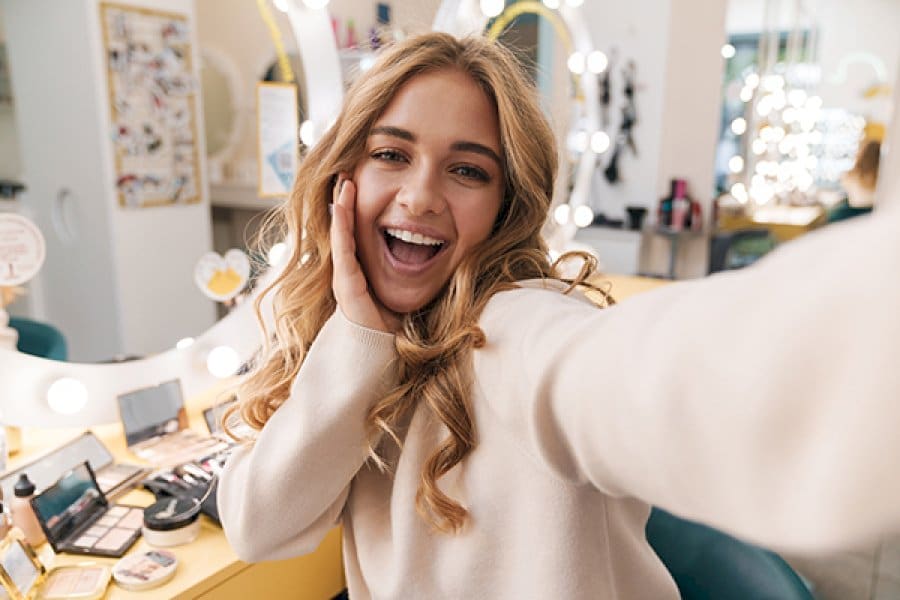 Influencer marketing has expanded rapidly with the growth of users on TikTok. Not only has TikTok solidified its place in social media over the last year, but it may very well be on pace to overtake YouTube and Instagram in active monthly users.

TikTok is more than a video social channel; it comes customized for a new era of audience engagement encased in short, vertical view video clips. Becoming a master videographer on TikTok requires no prior experience in video shooting or editing.

Users can create music videos and lip dubs, add filters, sounds/music, and effects, split and clip footage, and more on their mobile device. TikTok is more than a digital fad – it’s downright addictive.

But don’t let first impressions fool you. Many of these influencers are seasoned businesspeople. Most of these young influencers have their sights set to partner with some of their favorite brands. 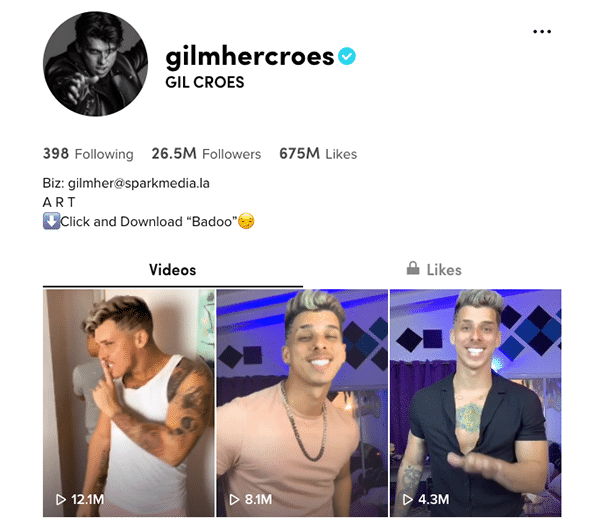 Gilmher Croes is a social media personality, actor, dancer, Jim Carrey impersonator, and close collaborator with his brother, Jayden Croes. He is 27 years old and hails from Oranjestad, Aruba.

Master of comedy with model good looks, Gilmher has promoted brands like Chipotle, Bumble, and Vidcon. 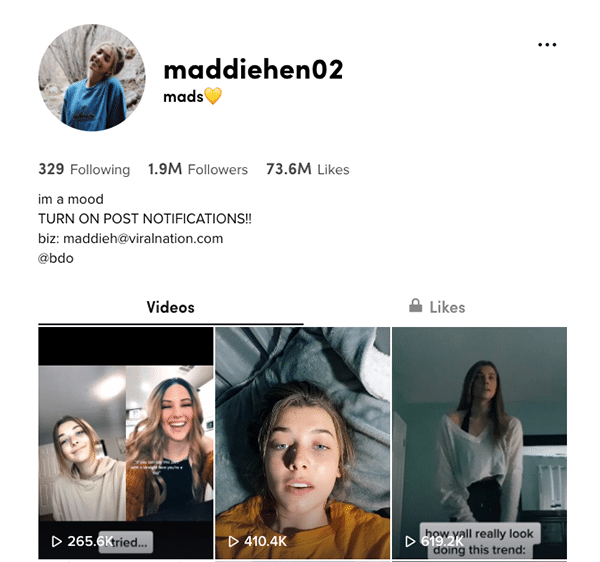 Maddie Henderson (or Mads) is not just a TikTok personality, she’s also a songwriter and model. Only 21 years old, Mads lives in Utah.

Like Gilmher, Mads is famous for her wit and self-deprecating humor. But she is serious about fitness, fashion, and travel. 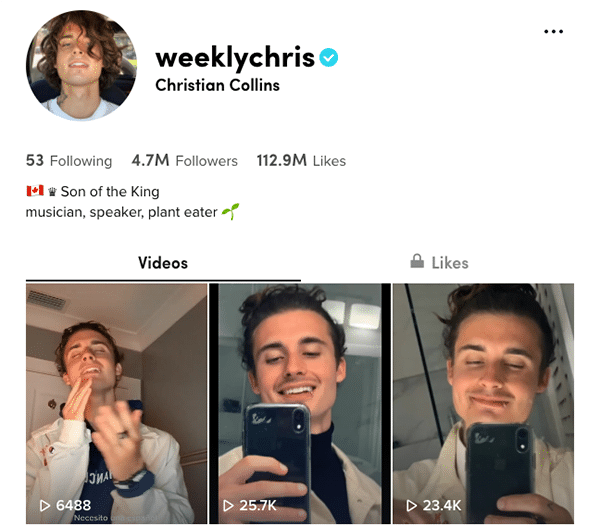 Before turning 20, Christian had already found ways to monetize his social media presence. He started out using music to create viral videos. His role as a professional influencer began when he partnered with Sour Patch Kids in 2014. 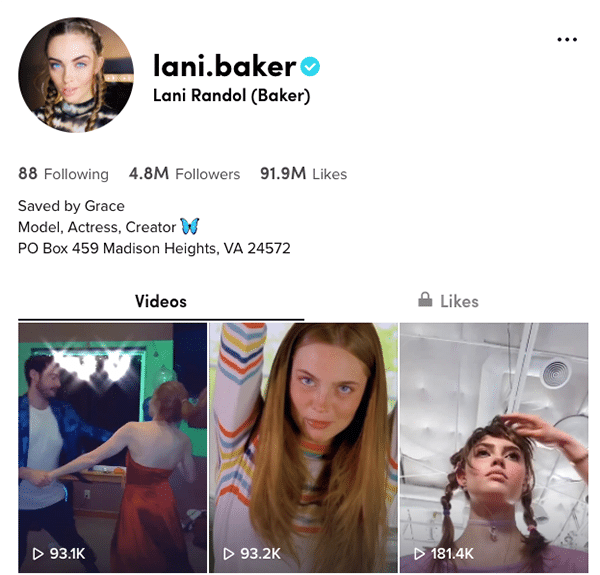 Lani Baker is an Instagram-established model and influencer. In 2018, CNBC hired Lani as a model/actress on an episode of Deal or No Deal. She turns 21 this year.

Today, she is one of the hottest influencers on TikTok. Since joining, Lani has partnered with Pink, as well as board games like For the Girls and Incohearant. 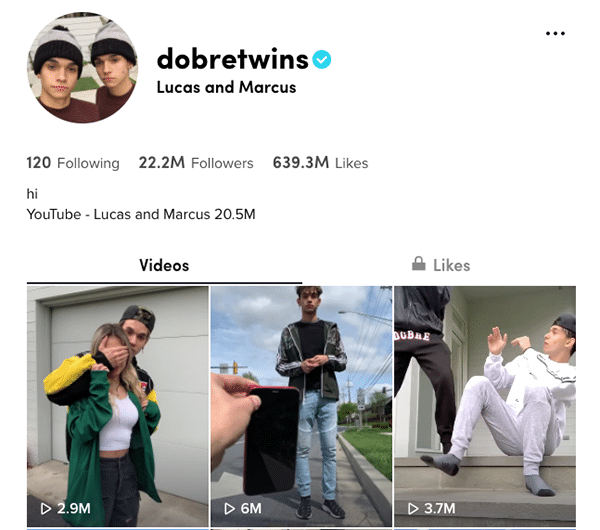 Lucas and Marcus Dobre are twins (hence the name) and made it big on Vine before the social channel declined. At 21 years old, they are now famous pranksters and acrobats on TikTok, Instagram, and YouTube. 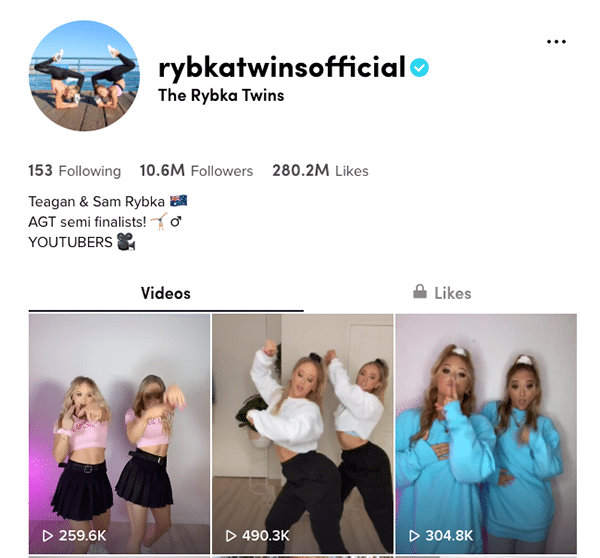 Another gymnastics’ duo, Teagan and Sam Rybka (twins), became famous for becoming finalists on Australia’s Got Talent. After establishing a notable following on YouTube, they are now performing on TikTok.

When they’re not tumbling in sync, Teagan and Sam explore their passions in fashion and fitness. 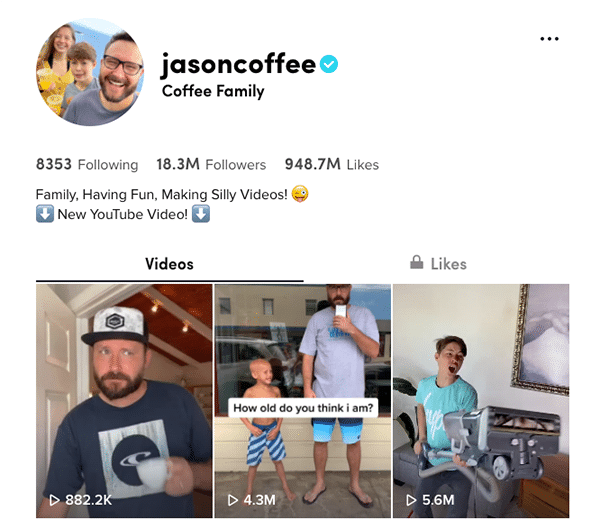 This summer, Jason Coffee turns 40, but that hasn’t kept him (and his family) from being one of the most-followed personalities on TikTok. “Coffee” is not his real last name, but at the time that he ventured into social media, Jason had worked at Starbucks for many years. He appropriately chose “coffee” as his social surname.

Jason succeeded in building a fan base on Vine before the channel closed but was able to resurrect his popularity on Instagram, YouTube, and TikTok. 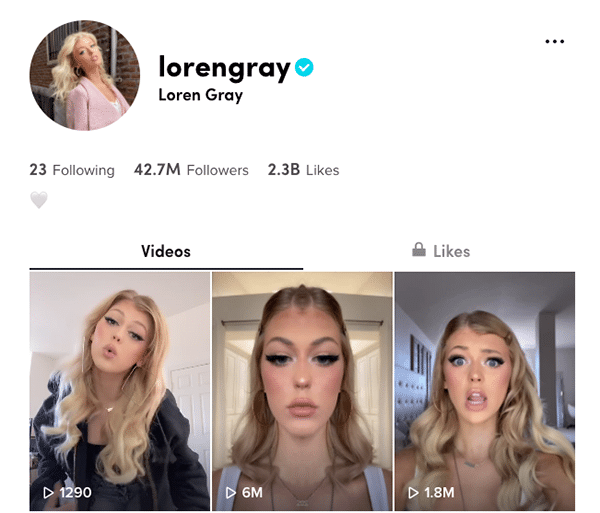 Loren Gray is a singer and social media celebrity. She turned 18 this year and already has a massive following on TikTok, YouTube, and Instagram.

In addition to her singing career, Loren loves fashion, travel, and cosmetics. 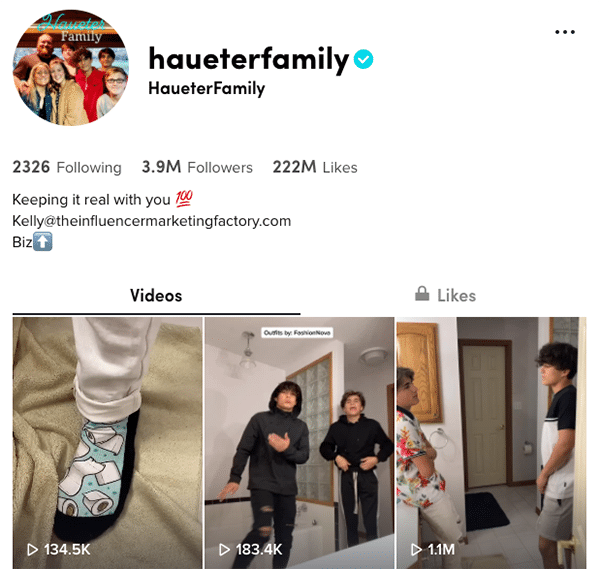 At first glance, the Haueters make up an unremarkable family of seven. But their humor and creativity have lit up the new social media platform. The Haueter Family is arguably the most prolific and most-watched professional influencer team on TikTok.

They’ve partnered with such brands as F’real, Puravida, FashionNova, Playfoam, What Do You Meme?™, and more. 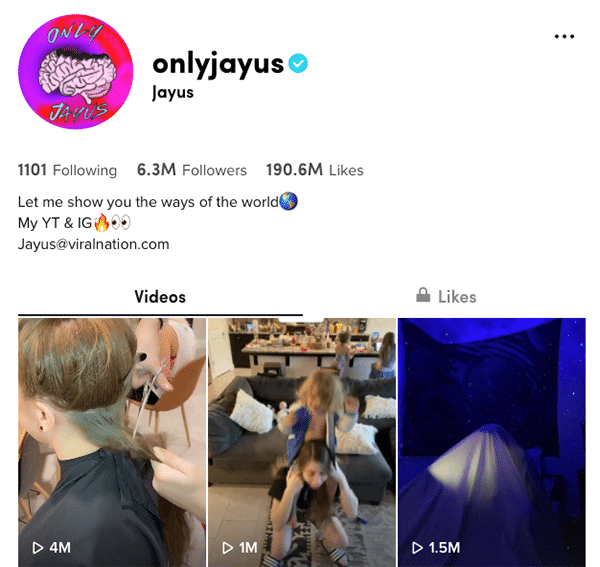 Jayus is Isabella Avila and had her start on YouTube in 2016. She is a colorful and uncensored social media personality only recently having turned 21 years old. Jayus is probably most famous for her “stone-cold facts,” many of which seek to burst the collective bubble of the masses.

TikTok is thus far an untapped space with enormous potential for influencer marketing. Those brands learning how to perfect TikTok influencer campaigns are enjoying the first fruits of user-generated content, brand awareness, and sales.

Even though TikTok is most popular among those 30 and younger, older users are venturing into this new social space. Gen Z-ers are the next generation of consumers, and as older Millennials become more comfortable on TikTok, influencer marketing ROI will only increase in the coming years. 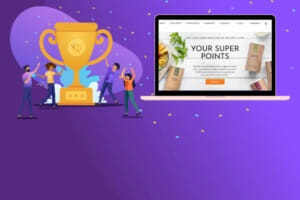 Your Super’s loyalty program increases repeat purchase by 79%: A case study with Scoutside and ReCharge

How to Insert a GIF into an Email: The Full Guide 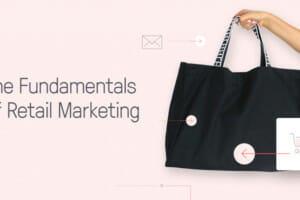 I'm also on
Latest posts by Steve Hutt (see all)
TikTok Tops 800M Users: Is It Retail’s Next Big Gen Z Acquisition Channel?
[Free Webinar] Email Marketing Best Practices: Everything You Should Set Up to Connect with Subscribers
Comment