He was dressed impeccably, though what else did you expect? In slim navy blazer, dark pants ripped at the shins, jet black socks, and velcro sneakers so white it was if they’d been buffed, Uri Minkoff sat patiently in the passenger row of a black SUV. The midday sun was high above. The sounds of Manhattan at lunch were all around.

Traffic had put a choke on the city, but as the car inched down 9th Ave. toward his Flatiron District offices on W. 22nd St., the Rebecca Minkoff CEO and co-founder held court on tech, who’s doing retail right, tariffs, China, and threats to the traditional tastemakers of fashion.

(This interview has been edited and condensed for clarity.)

Your company’s advances in tech are very well-published—smart dressing rooms (pictured below), RFID chips in handbags, etc. What’s your evaluation, now that your company has had a few years in, of how those initiatives are impacting your brand?

Minkoff: We like to look a couple of years into the future, to predict what we think shopping behaviors or patterns or the fashion community either should be or will look like. A promise to our customers is, “How do we bring that to them now?”

So we started thinking about those things, and that led to the store of the future (in 2014). Now, today you see Farfetch doing the same. If you go to Zara’s store in the U.K.—any flagship has these [smart] mirrors. All those initiatives have had a profound impact of, “Hey, we’re going to be the brand that’s going to tear the walls down, or change the norms of this industry.” We get a lot of people that wanna work with us because of that. So, you get more consumers. You get more press. And it kind of all becomes a self-fulfilling prophecy.

Minkoff: I think the idea of the mirrors in the store is a good experience. I think it’s great that whatever you took in the room, as you leave, you’ll get a text message and know what you had. If you wanna go buy it later, you can just click “Buy” right there, versus taking a photo and leaving and going to find it online. Those get to be kind of annoying things. With the mirrors, it was the right technology, and it was the right partner at the time.

We launched a self-checkout solution in SoHo (pictured below), the same day as Amazon Go did (in 2016). Self-checkout’s becoming all the rage. I think now we’re taking a pause break to look back and go, “Well, where is this going to evolve in terms of technology? Is it the Amazon Go style? Is it what we did?” So, some things you sit there and say, “Okay, I had that. The sentiment was right.” Two or three years from now, is our technology [going to be] the exact right one? I don’t know. We had this augmented reality platform we were using on our website, where people could take a picture of themselves and change the fittings and sizes and see how it would look on them.

And we used that for a while, and I still believe in that. But probably it’s a little early for the consumer behavior. We pressed pause on that. Things will go in and out, but I think our promise to our customers is we’re always going to try. And some will succeed, and some will fail immediately, and some will phase out over time.

These things aren’t cheap to do, I imagine—your tech innovations. How do you balance taking on these kinds of costly initiatives versus pumping money toward more traditional avenues of customer acquisition, whether it’s a magazine spread or advertising on Facebook, or even optimizing your Google ads?

Minkoff: We’re never going to be the brand to underwrite a gigantic check for one of these things. I’m gonna have ideas, we’ll spend some. But a lot of it, there are big tech companies that need and want to get into this space.

It has to strike a balance. But fortunately there is a tech ecosystem, and because we’ve become known as the early leaders in some of these areas, brands are often willing to partner with us at a fraction of the cost in terms of helping to underwrite these things, knowing that once we get a pilot, it works. They’re gonna be able to [show it].

That being said, I would say that 15% of our traffic in our New York store is coming there to see what we’ve built. So it’s also an acquisition vehicle, as well. I’m curious, from someone with your mindset: what other retail stores, when you go in them, which experiences do you like? What other stores are doing it right?

Minkoff: I think Warby Parker does a phenomenal job. The L.A. store has the green screen. The one down in Miami has kind of a pool idea (pictured below). So you have some interactive moments. They’ve taken what was, at least on the prescription side, a miserable experience of going to the eye doctor and sitting there waiting—going to a LensCrafters—and fully modernized that. Now you feel like you’re in a luxury space. They’ve connected that to the glasses. You go there, put them on, and have access to a couple hundred different SKUs. Versus at the LensCrafters, they’re behind lock and key, and [you have to ask], “Can I get that one?”

Question about you and your role at the company. What’s something that might surprise people about what it’s like to run a top fashion company?

Minkoff: The fashion retail sector is in such a sea of change right now. I think you’ve gotta be able to balance, and firefight, and problem solve like never before.

You have to have a knowledge of, “What were the rules? How did people get here? And what was that space like?” I think that’s important to understand history. I think it’s also very important to understand, “Who are the current rising stars that are starting the last two or three years, or even today? What are they doing?” And to be able to mix that understanding to try and put down a footprint. I think the old mentality [in fashion] was, “The best product shot in the best way put in the best place wins.” And now it’s: You’re shooting every day. You’re A/B testing all your content. You’re trying to optimize future productivity, future design around consumer search and sentiment.

Every day is about managing all those intricate things. How do you become super nimble, super-fast, in an industry that’s historically against that? That’s what I’m obsessed with.

Your sister made some headlines last fall talking about how tariffs are impacting the company—that Rebecca Minkoff wouldn’t raise its prices despite higher production costs, but that it would also search for a country other than China to manufacture its goods. What’s the latest on your quest to consider other countries of origin?

Minkoff: I think it’s a necessity.

What does that look like for you, timeline-wise? How hard is that to do, to pick up and move production?

Minkoff: I mean, you look at what Ford announced. They said that the cost of raw materials, of metals alone, is going to cost them a billion dollars extra. And it’s gonna dent profits.

This is just a straight bottom line thing. The tough part is, the bigger companies, our competitors, have already moved out. So, they’ll sit there and say: “We only have 10% in China, anyway.”

A: [To move] is impossible, but B: We’re very entrepreneurial and very convincing. And so, C: We will be able to be moved fully out much sooner than one might have felt.

Is that something that will take you months? Years?

Minkoff: Generally, it would take at least a year. But we will have accomplished that in much more rapid order through … (smiles) … a fortuitous series of events.

In fashion especially, there has been no shortage of acquisitions of late. Le Tote just bought Lord & Taylor. Michael Kors famously purchased Versace last year. Under what circumstances might it make sense for your company to acquire a brand?

Minkoff: Some of those brands, those companies, have gotten to be several billion in revenue, and we’re much smaller than that. I think that there’s a lot of growth left for us to have.

For us, it’s more about partnering in community and platform. We launched a non-profit called the Female Founder Collective, highlighting other female founders. So I think it’s more for us, “What does that look like? What does that community look like? The girl in Ohio that wants to sell some soap—how do we lend her a voice? How do we partner there?“ There’s still a lot of runway for our own brand, versus taking another brand and adding it in. I think you need a certain level of infrastructure and scale, and that’s probably not on my next several-year radar.

Something you have talked about publicly is this concept of the democratization of fashion. And the idea there is that it used to be these editors and designers—the “ivory tower,” you’ve said—dictating the industry. I suppose, the thinking there is that those people were the tastemakers; those were the people that set the trend. With regard to fashion, how does democratization work in terms of still delivering that great, desirable product?

Minkoff: You still have people at a luxury level, maybe a handful of people worldwide, that are really setting trends. Truly gifted designers, or truly gifted stylists or editors. Those people still exist.

Before, they had all the power. Historically, it would take two or three years from a concept before people could milk it all down to when it got to Walmart. But that’s probably six months now—from the time of luxury to the time Walmart has whatever their version of it is, you’ve taken out 75% of the time.

So you’re seeing this much more rapid cycle of things in and out. And you’re seeing so much of those things that are in and out that you’re over them quicker. And then it’s time to move on.

Again, there are a handful of people who really are the true, gifted creatives. And I think that they’re still launching those things. But now the influencers, the other designers, the whole supply chain—within six months you’re hitting a saturation point. That’s part of this democratization. It just happens so much faster now. Retail During A Recession: DTC Brands That Thrived In The 2010s 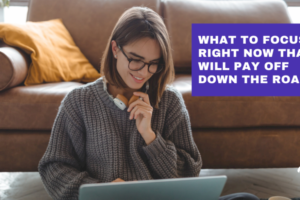 Top 10 Ecommerce Trends For 2020 You Can Implement Now
Selling CBD: A Billion Dollar Industry On The Brink Of Taking Over
Comment

Retail During A Recession: DTC Brands That Thrived In The 2010s

Online Shopping In The Age Of Coronavirus: 10 Strategies On Becoming “Essential”