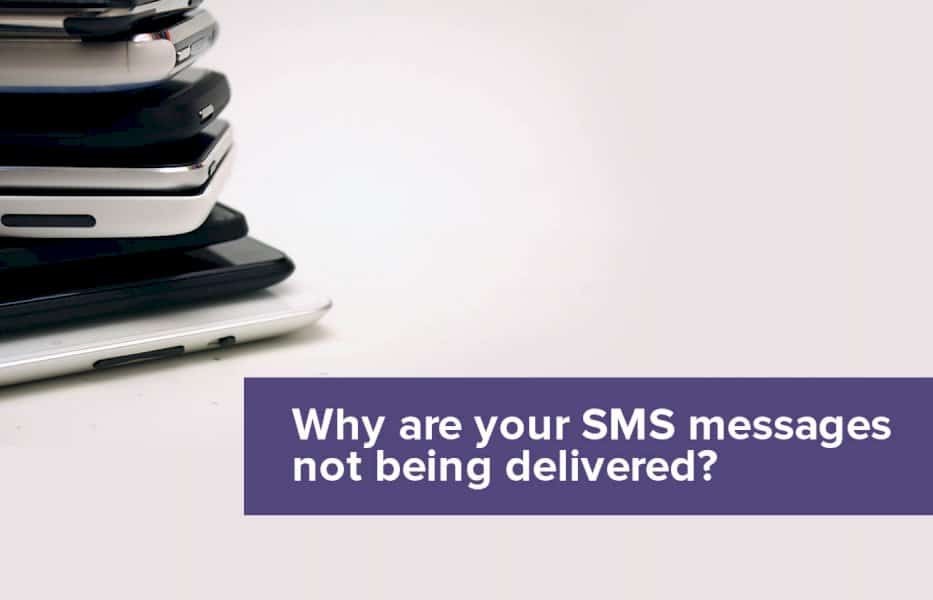 When you send out an SMS marketing campaign with Firepush, you may find that not all of your messages will get delivered. There are several reasons as to why this occurs, and we’ll cover the main ones below.

1. Sending was scheduled during ‘do not disturb hours’

Text message marketing laws state that you can’t send your subscribers a text before 8 am in the morning and after 9 pm at night as per their local timezone. The Telephone Consumer Protection Act (TCPA) has strict rules about this and other matters relating to advertising via text. Read about TCPA compliance.

Sometimes, people switch to a new phone number. When this happens, there’s no way to deliver a text message. If you find any inactive numbers in your database, you should ask your subscriber (by email if you also have this information) to update their contact information (and remove the old number from your list).

3. The subscriber was temporarily absent

Phone handsets can occasionally become unavailable, which is known as a temporary error. In this case, Firepush will attempt to send your SMS campaign to affected subscribers at a later time.

4. The subscriber has blocked your messages

This does happen from time to time, even if the subscriber hasn’t unsubscribed from your database. When you get a deliverability error like this, you must remove the subscriber’s number from your list.

5. Your message has been blocked by anti-spam filters

Some carriers may divert your SMS message to spam if there are any indicators that you’re sending unwanted text messages. This may happen if you’ve had messages reported as spam in the past, or are sending out lots of text messages to your subscribers in a short period of time.

Text messages to underage recipients are automatically blocked by the carrier if this information is known.

7. A network error has occurred

Text messages are delivered over a cellular network. If the network is down for some reason, your campaign may not be delivered. In this case, Firepush will try to resend your campaign later.

If there is an error in one of your text message parameters, for example, the wrong encoding flag, this will render your campaign as containing ‘illegal code’. It can’t be delivered until this problem is rectified.

SMS messages may go undelivered if a subscriber is experiencing problems with porting their number across to a new mobile network provider.

If the handset is ‘busy’ at the time of sending the SMS, it may not be delivered. In this case, Firepush will retry later.

Sometimes the API platform that Firepush uses is unable to find a suitable carrier to deliver your SMS message.

12. The destination cannot be reached

This type of error may occur when there is an issue with the subscriber’s phone number.

13. The subscriber doesn’t have enough credit

If the subscriber is on a prepaid plan, they may not have enough credit to receive your SMS campaign.

14. The SMS message is undeliverable for reasons unknown

Occasionally, SMS messages are not able to be delivered for another reason that can’t be determined. Usually though, SMS deliverability is affected by known reasons such as those mentioned above.

We encourage Firepush users to test out their SMS campaigns before hitting the send or schedule button. When testing your SMS campaign, you may click on the unsubscribe link to check that it’s working. Just make sure you that you don’t accidentally unsubscribe yourself from future messages – this is a common reason why merchants don’t receive SMS messages going forward.

How to make sure your SMS campaigns are delivered

As you can see, SMS messages can go undelivered for several reasons. To ensure that your SMS campaigns have the best chance of being delivered, do the following:

If you need any assistance with setting up SMS campaigns or advice on cleaning up your subscriber list, please reach out to our support team.

This article was originally published by our friends at FirePush.