As Cheifs fans rejoice and 49ers fans sulk, everyone else is busy judging all the Super Bowl commercials.

Because we marketers all know that real competition happens after game day. And when it comes to impeccable Super Bowl campaigns, Doritos marketing strategy has paved the way for companies to emulate.

For nearly a decade, they’ve had a spot-on Super Bowl marketing strategy that boosts engagement in a huge way.

Although Doritos may have moved onto other innovative commercial ideas (rap battles by the biggest influencers out there, for example), their legacy lives on through similar user-generated concepts.

Learn why Doritos’ Super Bowl campaign was so successful time and time again and inspired others to do the same.

For their 2019 Super Bowl ad, Yellow Tail took a page out of the Doritos playbook and turned to their customers for ad inspiration.

The premise is simple. Yellow Tail asked for fans to submit self-produced video segments for their “Tastes Like Happy” commercial. The winning segment — a submission from customer Adrien Colon — was included in the final product.

“This commercial is … successful because of the input from ‘regular people,’ who are not wine people, who are focused on ‘regular things,’ which are not wine. The concept really is that simple, and that essential,” said Colon to Forbes.

Yellow Tail was able to engage with consumers even before the commercial aired, as well as to create hype around it, by asking users to submit UGC.

For nearly a decade, Doritos gave its Super Bowl slot away. No, not to any competition: to the people. Doritos changed how everyone looked at Super Bowl ads, when in 2007, it released the first ever consumer-created Super Bowl ad. The ad did well on its own account, winning the #4 best commercial of the game, according to the USA Today Ad Meter poll.

The idea behind Doritos’ marketing strategy for Game Day was simple, yet innovative.

Doritos asked its fans to submit their own original videos for the chance to win the Super Bowl slot. Over the next nine years, their fans consistently showed up to play, submitting thousands of videos and pulling together to comment, vote, and share their favorites.

While most brands clamor to snag the celebrity of the year and think up the commercial that will knock all the crowd off their feet, Doritos trusted its number one fanbase – its audience – with creating their Super Bowl commercial.

Doritos marketing strategy was no doubt a success, enough so that Doritos made few changes to their strategy and the competition in the past years. Crowdsourced campaigns gained traction, both in and out of the Super Bowl sphere.

But there was no user-generated content marketing campaign as illustrious as Doritos. And, whether or not Doritos commercials were the best each year, they were the best marketing innovation fueled by user content.

Why did Doritos marketing strategy consistently win the Super Bowl, and what can brands learn from Doritos user-generated content marketing campaign?

Slightly weird, outrageous, filled with curveballs, and funny in a “what-did-I-just-see” way, Doritos marketing strategy was to produce ads that were recognizable beyond a doubt. To be distinct among the crowds is one of the best things a brand could wish for.

But great branding isn’t born, it’s carefully grown over time through meticulous attention to the changing needs of target audiences.

The most successful brands know how to evolve with their consumer base, while those that sink tend to miss the mark.

By asking users to submit their own interpretation of what Doritos means to them, the brand got a unique look into their customers’ language, personality, pain points, and wants and needs.

The submissions to Doritos’ contest over the years have revealed valuable insights about their audience, as well as recurring trends: lots of babies, dogs, guys hitting on girls, and Cheech-and-Chong humor.

Listening to your audience can help mold your future marketing strategy. Online, user-generated content campaigns build long-tail keywords to build natural SEO and target what consumers really want from your product. Overall, UGC marketing campaigns give brands insight into how their users talk, what they want, and who they are.

User-generated campaigns build buzz before and after big events

Beyond inviting users to get involved with the contest, Doritos had little to get the fire going. Each year, thousands of users sent in contest submissions. Friends, family, and social circles of participants, as well as thousands of other fans, joined the conversation and build organic buzz born of real passion for the contest and product.

Doritos understood content marketing campaigns are run for the people, by the people – and in return for giving over the reigns to their customers, their customers had autonomy and responsibility for the product they produce.

Additionally, Doritos marketing strategy was smart because it incentivized great content production by pairing a request to submit with an incredible reward. A chance to have your video shown at the Super Bowl in front of millions of viewers? $1 million? A dream job at Universal Studios?

Doritos knew in order to get high-quality submissions and real responses the reward needs to be seriously enticing. Burning over $4 million on a slot at the Super Bowl is no small change, so it was worth it to Doritos to get the best quality submissions possible.

Others tag along on the UGC wave, but Doritos proves the original flavor is best

Even other brands tried to get a slice of Doritos successful UGC campaign’s pie. Newcastle Brown Ale even entered Doritos contest in their own Super Bowl commercial. Well, sort of.

While Newcastle’s parody was meant to poke fun at Doritos’ campaign, other brands were inspired by their user content marketing and decided to try it for themselves.

Ford Lincoln came up with Steer the Script, a campaign sponsored by celebrity endorser Jimmy Fallon. Jimmy Fallon asked his Twitter followers a simple question: “What’s the craziest thing that ever happened to you on a road trip?” Ford then used the collected UGC to create their 2013 Super Bowl commercial, inspired from real customer responses.

Additionally, Pepsi took a UGC cue and invited users to upload photos in poses which were used for a stop-motion collage that played right before Pepsi welcomed Beyonce to the halftime-stage in 2013.

Clearly, user-generated content marketing is making its way into mainstream marketing, with big brands paying attention to the benefits. Doritos marketing and advertising strategy showed that marketing with UGC is more than a fad – it’s the future.

This article was originally published by our friends at Yotpo. 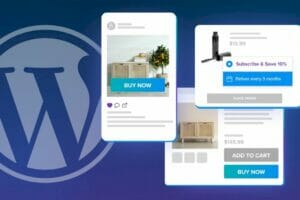 Open Source Unleashed: The Power Of Bold Checkout For WordPress 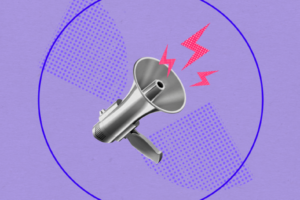 Confessions Of A Consumer: Treat Me Like A Part Of Your Community 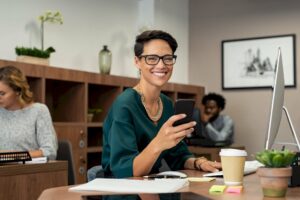