Wherever you land on the great debate, the dynamic has always been thought of as demand generation via social; demand capture via search.

After all, Google excels at capturing people in the middle or bottom of your ecommerce funnel.

This limited way of thinking leaves a lot of revenue on the table. Not only in terms of traditional Google Ads and Google Shopping, but also for other Google channels like YouTube, Display, and Discovery.

In fact, full-funnel benefits aren’t just about awareness and recall from an omni-channel presence.

The real payoff is new growth through profitable prospecting on (gasp) YouTube.

I know that sounds impossible. So, here, let me prove it to you …

Founded in 2017, Quikflip Apparel was born out of Rener Gracie’s frustration with the lack of ways to carry an unworn sweatshirt: “I was with my son at the park. It’d rained the night before, so I’m wearing my favorite hoodie. As the day warmed up, I took it off, began tying it around my waist, and thought, ‘Wait, I don’t want to be that guy.’ So instead, I threw the hoodie loosely over my shoulder.

“A few minutes later — when I caught up to my son and bent over to pick him up — my hoodie slid off my shoulder and onto the wet grass.

“At that very moment, I remember thinking: There has to be a better way.”

After months of prototyping, Gracie introduced the world to Hero Hoodie — the first sweatshirt-to-backpack convertible outerwear. Fueled by viral social-media success, being named one of Time Magazine’s Best Inventions, and an appearance on Shark Tank … growth was rapid.

But with a product line that hinged on being seen in action to differentiate it, educating the market — while at the same time acquiring customers — came at a cost.

Coming out of the 2020 holiday season, Quikflip was struggling to get consistent returns on Facebook.

As a client of Common Thread Collective, we relied on Facebook as the primary lever to reach new people and Google as more of a demand-capture platform.

Unfortunately, as we reduced the brand’s Facebook ad budget, its spend on brand search dropped in kind. Worse, performance became volatile on Google since we were spending so little per day.

We knew we had to find a way to pivot.

The idea of prospecting on Google began to surface as a potential for demand generation through YouTube, Display, and Discovery.

Historically, we’d primarily run remarketing on these channels for Quikflip. Since remarketing on YouTube had worked well for the brand and because it had a good amount of content, we landed on YouTube as our testing ground. With initial ROAS higher than Facebook prospecting, we scaled to $3,000 per day within two weeks.

Almost immediately we discovered that, similar to Facebook, YouTube audiences get easily fatigued with the same creative. Thus, we quickly began exploring different audiences and creatives. In order to keep the integrity of the test, we decreased spend on Facebook to $600 per day and maintained a similar level of spend throughout. This ensured that the only variable that was changing was spend on YouTube prospecting. As you may or may not know, scaling brand search is notoriously difficult.

Because it depends on rising awareness, increasing budgets won’t necessarily increase spend. You need people to search for your brand first. Calling out Amazon’s success is equally crucial — as it’s another channel usually associated with demand capture. Again, as Facebook spend dropped and YouTube rose, Amazon’s revenue ticked up in kind: YouTube can be a completely new channel for you to test and unlock more revenue from new customers while generating demand and brand awareness.

Start with a small budget of $50 to $100 per day. Then, optimize and scale what’s working.

It can be tempting to give up on a new channel if performance isn’t initially great, but we would encourage you to continue testing: Unlike Search or Shopping — which are pay-per-click (PPC) — YouTube ads use cost per view (CPV). A view means that someone watched at least 30 seconds, finished your ad, or clicked. Bear in mind, small audiences tend to have a higher CPV and reach creative fatigue faster.

Despite our best efforts to accurately report on YouTube performance, the channel’s attribution is still in its infancy.

In addition to looking on platform, you should measure your spend on brand search, sitewide revenue, and MER to observe the overall impact of YouTube on your business. MER (marketing efficiency rating) is Common Thread Collective’s north-star metric: total revenue divided by total spend. Similar to Facebook, you have to play around with different creatives for different audiences. Although there are many different audiences to test on Google, we prioritize focusing on certain audience types first that we have found to be more intent-driven.

If you were a business that sold pet toys, let’s run through some examples of audience types ordered by priority. All of the different audience types may be overwhelming at first, but they provide plenty of room for testing.

You can also combine audiences to narrow your targeting.

At CTC, we separate remarketing and prospecting for YouTube into two campaigns. Prospecting must exclude at the minimum your past 30-day site visitors and past 180-day purchasers.

Creatives must be attention grabbing with a strong value proposition within the first five seconds. The five-second window is your chance to demonstrate your value to viewers and delay them in skipping your ad.

For Quikflip, here’s two of the top-performing YouTube ads:

In the first creative, we hear a strong and attention-grabbing statement immediately: “I completely reinvented America’s favorite outerwear garment.”

In the second creative, we see a quick transition of the Quikflip hoodie turning into a backpack.

Measure the success of your YouTube ad creative stage-by-stage with AIDA: In order to combat creative fatigue, you should continue to iterate on your best performing creatives. If you find an audience that works well, how can you create an ad and a landing page that appeals to that audience?

For the pet toys example, if you’re targeting the “new pet” audience, you can create an ad that addresses how your pet toys can provide value to new pet owners and a landing page that has a similar value proposition and language.

YouTube lets you engage with consumers in a completely new channel with a longer video format. Your investment into this more unexplored channel will pay dividends since you’ll be able to dominate this space before your competitors do.

By tailoring your creatives and landing page to your audience, you can create a hyper-targeted campaign that will engage consumers.

With the changes and volatility that iOS 14 introduced to Facebook Ads, channel diversification is more important than ever before.

Gone are the days of Facebook Ads owning demand generation. In the face of uncertainty, it’s time to start exploring how to make Google prospecting work for you. Domany is a Team Lead at Common Thread Collective. He started his digital marketing journey in Google Ads and is passionate about all things Google and ecommerce. His evolution from a Paid Search Buyer to a Team Lead has given him omnichannel experience plus specialty knowledge in Google. Connect with Domany on LinkedIn to talk about digital marketing or your favorite NYC happy hour spots. 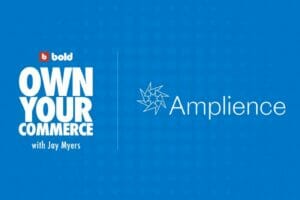 Headless Commerce Unpacked: Enabling Digital Experiences For The Most Innovative Brands On Earth Humans Of Smile: Siân On Community Why Unsubscribe Matters More During The Festive Season 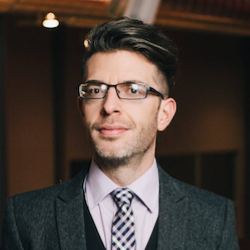 Aaron Orendorff
Aaron is the VP of Marketing at CTC. Previously the Editor in Chief of Shopify Plus, his content has appeared on Forbes, Mashable, Entrepreneur, Business Insider, The New York Times, and more. Connect with Aaron on Twitter or LinkedIn (especially if you want to talk about bunnies or #LetsGetRejected).